Air-raid siren sounds all over Ukraine: fighters took off in Belarus 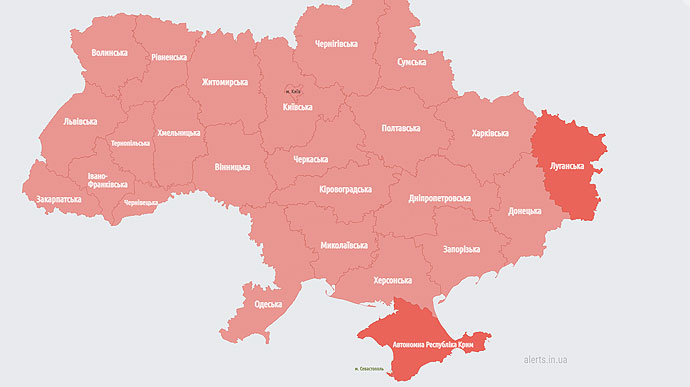 On the morning of 19 January, an air-raid siren was announced throughout Ukraine.

Details: At 10:12, sirens began to sound in the country’s southeast, then in the capital, and eventually spread over the entire territory of the country within a few minutes.

An alarm indicates the threat of missile strikes and air strikes. It is highly recommended that civilians proceed to a shelter.

Belaruski Hajun [an independent Belarusian military monitoring media outlet] reports that fighters and an AWACS aircraft have taken off in Belarus.