An explosion occurred at an enemy ammunition depot in Nova Kakhovka — tsn.ua 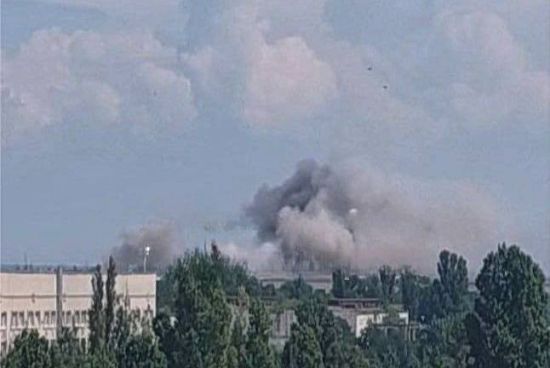 In the temporarily captured Nova Kakhovka in the Kherson region, on August 5, an explosion occurred at a warehouse with ammunition of the Russian troops.

Frightened occupiers are in a panic looking for anyone to provide information about their warehouses.

This is about the Strategic Communications Department of the Armed Forces of Ukraine reported in the network.

“A powerful explosion rang out in Nova Kakhovka. A direct hit into another “humanitarian” squad. Orcs roam the entire city with bulging eyes and pants full of fear,” reads the published information.

“There are constant checks and local inspections. They are frantically looking for those who provide information, but it does not work, because almost everyone hates orcs. And no matter where they once again hide their shit, they will find it and destroy it!” – emphasized the Strathcom of the Armed Forces of Ukraine.

We will remind you that on August 4, in the south of Ukraine, the Armed Forces of Ukraine eliminated 39 occupiers, destroyed three of their warehouses with ammunition and four S-300 air defense systems.

The Reshuffling Report - CHINA US Focus