Arestovych spoke about the further fate of the Antonivsky bridge — tsn.ua 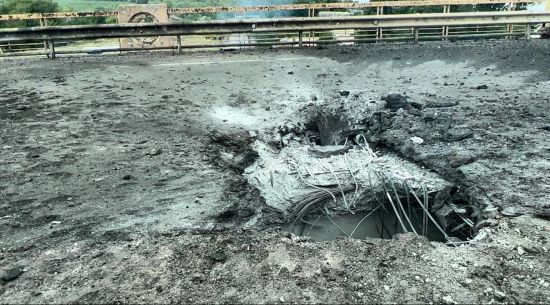 The Antoniv bridge can withstand blows, but it is no longer possible to exploit it for military purposes.

On the Antonivskyi bridge, like Swiss cheese, holes were poked. After that, the bridge was closed, because heavy military equipment could no longer be allowed to cross it.

This was stated by the advisor of the Office of the President Oleksiy Arestovich in a conversation with the Russian lawyer and human rights defender Mark Feigin.

“This is not shooting, this is work for destruction. To hinder the movement of cargo, military equipment and manpower. There, of course, the railway bridge remained, Nova Kakhovka remained, but we showed that all this is under fire control of the Armed Forces of Ukraine. It can withstand blows, but it cannot be exploited. 2-3 more such nights, let’s see what will happen tomorrow morning. And look, it will not be possible to exploit it at all,” said Arestovych.

He thanked the Russian correspondent for this, who showed the result of the defeat of the Antoniv bridge.

“My friend, when Putin’s regime falls, at least you will receive a certificate of commendation,” the OP adviser added.

It will be recalled that earlier Arestovych said that the Russian occupiers did not get along with the offensive on Siversk and Bakhmut in the Donetsk region. In particular, they lost two settlements and the invaders had nothing to shoot at.

The war in Ukraine may drag on for years: the USA announced a gloomy forecast

Erdogan’s little revenge: how the president of Turkey made Putin feel embarrassed

In the Russian Federation, they decided to punish “Wikipedia” for objectionable articles about the war in Ukraine