Borrell said that Russia is to blame for the fall of the missile in Poland — tsn.ua 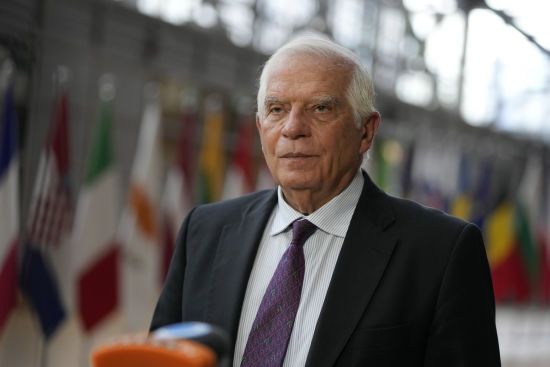 The tragic incident occurred due to a massive Russian missile attack

The countries of the European Union support the investigation of the tragic incident that happened in Poland near the border with Ukraine.

This is stated in the statement of the EU High Representative for Foreign Affairs, Josep Borrell, reports DW.

The statement indicates that the tragic incident occurred due to a massive Russian missile attack on Ukrainian infrastructure facilities.

Borrell noted that Russia should stop its illegal war against Ukraine. The diplomat said that the countries of the European Union will continue to stand by Ukraine and support its independence, sovereignty and territorial integrity.

“We will continue to provide strong political, military, humanitarian and financial support to Ukraine as long as necessary. We will continue to increase pressure on Russia to end the war and withdraw from the territory of Ukraine, including through restrictive measures,” Borrell said.

He added that Russia and its accomplices will definitely be brought to justice.

It will be recalled that earlier President Volodymyr Zelenskyi said that received signals from Western partners about the desire to start negotiations with Russiaand suggested that they take place in a “public format”.

No Negotiations With Russia to End War