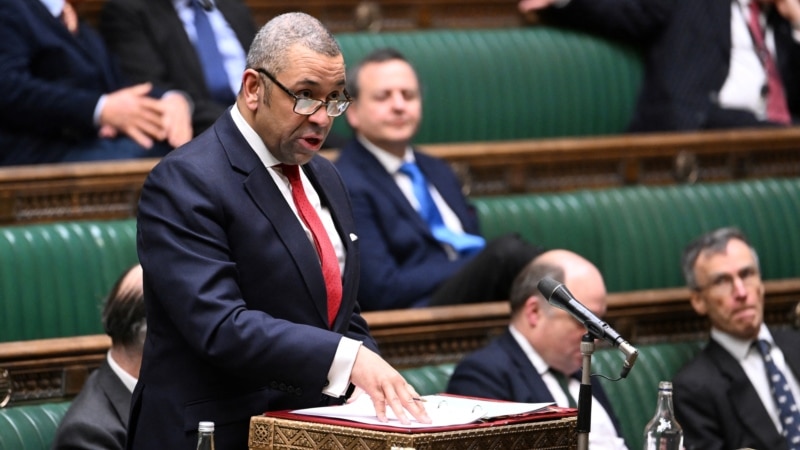 British Foreign Minister James Cleverly will seek to bolster support for Ukraine on a trip to the United States and Canada which begins on Tuesday, ahead of the first anniversary of the invasion by Russia.

Britain has been a steadfast supporter of Kyiv since Russia’s invasion last February, and at the weekend pledged to send 14 Challenger 2 tanks and other heavy weaponry to Ukraine.

Germany is under pressure to send Leopard 2 tanks to Ukraine, but its government says such tanks should be supplied to Ukraine only if there is agreement among Kyiv’s main allies, particularly the United States.

Cleverly will tell U.S. Secretary of State Antony Blinken and Canadian counterpart Melanie Joly that it is the right time to go “further and faster” to give Ukraine military support.

“Today we stand united against Putin’s illegal war, and we will continue to use our uniquely strong defense and security ties to ensure that, in the end, the Ukrainian people will win,” Cleverly said in a statement ahead of the trip.

The British foreign ministry also said Cleverly would raise the topic of Iran while on the trip after Britain temporarily recalled its ambassador following the execution of British-Iranian national Alireza Akbari on Saturday.

In mustard-loving France, shortage of condiment is nothing to sneeze at | Business | Economy and finance news from a German perspective | DW