The two sides agreed to boost their trade relations as well as increase their cooperation in agriculture and food security, among other things, according to a joint statement.

China and Indonesia “have acted proactively and with a strong sense of responsibility to maintain regional peace and stability,” the statement said.

“They have thus set an example of major developing countries seeking strength through unity and win-win cooperation.”

Widodo’s visit to the Chinese capital marks the first from a foreign leader since February when China hosted the Winter Olympics with Russian President Vladimir Putin among those being hosted.

China is Indonesia’s biggest trading partner. Chinese imports from Indonesia also increased by around a third in the first half of 2022 in comparison to the previous year.

The joint statement set out an array of fields in which the two countries aim to increase their cooperation, including the completion of the Chinese funded Jakarta-Bandung high-speed railway. 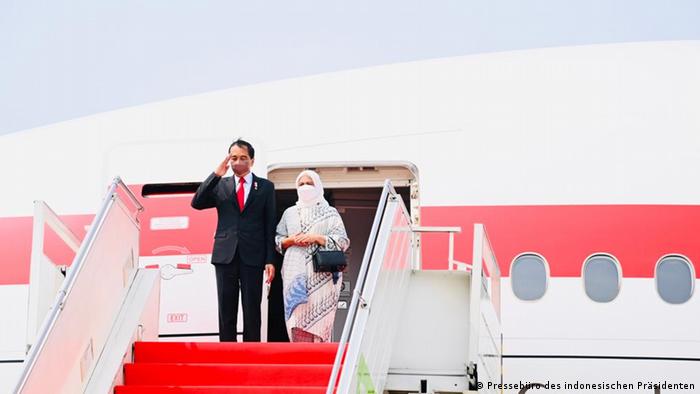 Indonesia also presents an attractive source of key materials for the world’s second-largest economy, including copper, coal, natural gas, as well as palm oil. Beijing is planning on importing an additional one million tonnes of crude palm oil, the Indonesian state palace said.

Jakarta is also currently holding the rotating G20 presidency. China has said it would fully back Indonesia taking over the chair of the Association of Southeast Asian Nations (ASEAN) next year.

In his role as head of the G20 summit, Widodo recently visited both Ukrainian President Volodymyr Zelenskyy in Kyiv and Russian President Vladimir Putin in Moscow.

He said Indonesia is ready to be a “communication bridge” between the two sides.

Widodo also invited Xi to attend the G20 summit set to take place on the island of Bali on November 15 and 16.

It is not clear if Xi will attend in person, having not left China since the outbreak of the coronavirus pandemic.