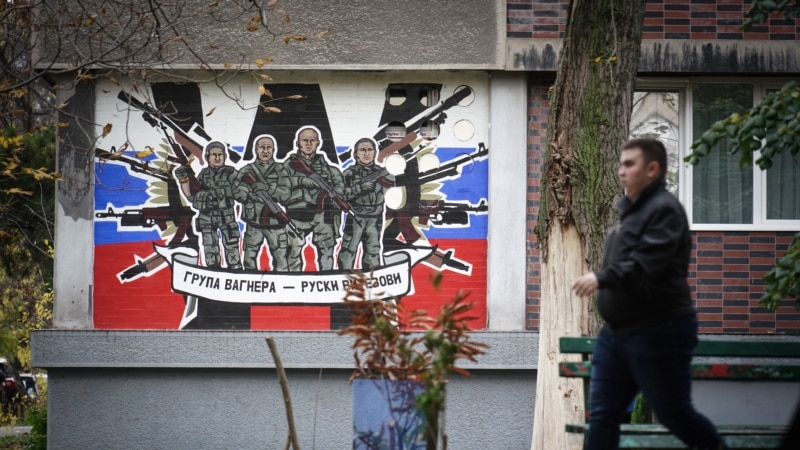 A man claiming to be a former commander in the Russian private military contractor Wagner Group who fought in Ukraine is seeking asylum in Norway after fleeing there last week.

A lawyer for Andrey Medvedev told news agencies that Medvedev was in Norway and seeking asylum.

“He has declared that he is willing to speak about his experiences in the Wagner Group to people who are investigating war crimes,” lawyer Brynjulf Risnes said.

Ukrainian officials said Tuesday the death toll from a Saturday missile strike on an apartment building in Dnipro rose to 41 after crews found the body of a child in the rubble.

Regional governor Valentyn Reznichenko said 25 people were still missing, with 90% of the rubble cleared. He added that 79 people were wounded in the attack, with 28 of them hospitalized.

Ukrainian President Volodymyr Zelenskyy said in his nightly address Monday that the attack in Dnipro highlights the need for faster and more coordinated decisions on arms supplies to Ukraine.

“What happened in Dnipro … only underscores how important it is to coordinate all the efforts of the coalition defending Ukraine and freedom,” Zelenskyy said. “And to speed up decision-making.”

U.S. Defense Secretary Lloyd Austin will host allies of Ukraine at an air base in Germany on Friday to discuss further Western military aid for Ukraine.

European Union foreign policy chief Josep Borrell called the Dnipro strike and others like it on civilian targets “inhumane aggression.”

“There will be no impunity for these crimes,” he said in a tweet on Sunday. Russian forces have repeatedly hit civilian targets since invading Ukraine in February.

U.N. Secretary-General António Guterres also condemned the attack, saying it was “another example of a suspected violation of the laws of war,” according to U.N. spokeswoman Stephanie Tremblay.

In Kyiv Monday, a high-level U.S. delegation that included Deputy Secretary of State Wendy Sherman met with Zelenskyy to deliver a message of unflinching U.S. support for Ukraine.

“The U.S., NATO and partners across the globe remain unified. We are delivering on our promises of aid,” Sherman said.

Colin Kahl, undersecretary for policy at the Department of Defense, said the number one priority of new military aid to Ukraine remains air defense, and that “another priority is making sure Ukraine has the type of armored and mobile capability that is required to maintain momentum on the battlefield.”

Some information for this report came from Agence France-Presse, Reuters and The Associated Press.

Anna Chernikova contributed to this report.

The Armed Forces of Ukraine destroyed the Russian “Grad” and an ammunition warehouse in the Kherson region (video) — tsn.ua