When Shieh Jhy-Wey looks out his office window, he can see the German Cathedral in Berlin. From where he sits in the Taipei Representative Office, it is less than a half-hour walk to the Embassy of the People’s Republic of China. Yet the two offices are worlds apart.

The visit to Taiwan by US House Speaker Nancy Pelosi has escalated tensions between Beijing, Washington and Taipei. Shieh told DW how tensions are not merely between Taiwan and China, rather “two value systems”: dictatorship and democracy. 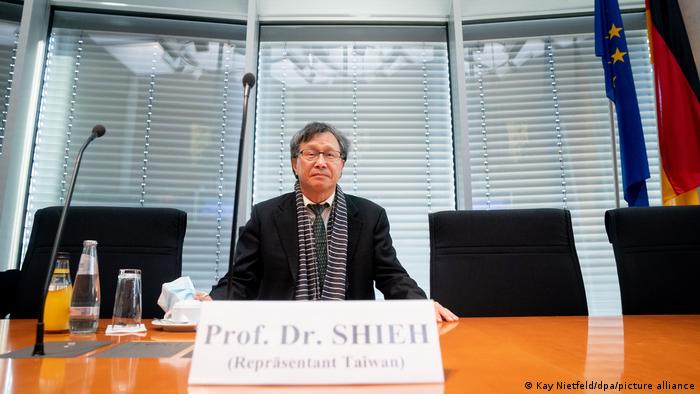 Taiwan’s representative in Berlin may not be called an ‘ambassador’

German foreign policy faces a dilemma: China is Germany’s most important trading partner. If Berlin took a clear stand against Chinese efforts to retake Taiwan, this could risk serious conflict, above all in economic terms. Yet if Germany keeps quiet, the country undermines its claims to have a “values-based” foreign policy.

Either way, it is difficult for Berlin to stay out of the growing conflict between China and the United States.

On Monday, one day before Pelosi’s arrival in Taiwan, Germany’s Foreign Minister Annalena Baerbock made waves with a statement at a United Nations conference on nuclear weapons in New York.

On Tuesday, the German Ambassador to China, Patricia Flor, was summoned to the Chinese Foreign Ministry. Afterward, Flor wrote on Twitter: “Frank debate today! During my meeting with Vice Foreign Minister Deng Li, I emphasized: Germany stands by the One China Policy. Exchanges with Taiwanese authorities are part of this policy.”

Flor’s use of the term “authorities” instead of “government” is intentional. Germany does not officially recognize Taiwan as an independent state; rather, Taiwan is considered part of China. There are no high-level contacts.

The “One China” policy stipulates there is only one Chinese government: in Beijing. Most of the international community abides by this concept, including Germany and the US.

Taiwan has never officially declared itself independent. It formally calls itself the “Republic of China.” Its constitution lays claim to the whole of China, just like Beijing does.

An “anti-secession” law passed in Beijing in 2005 makes an official declaration of independence by Taiwan grounds for using force to reunify the two sides, which have been separated since 1949.

A few thousand people from Taiwan call Germany their home

Despite the One China policy, Germany and Taiwan maintain close relations. Taiwan and Germany are “important value partners, linked by close and substantial economic, cultural and scientific ties,” the German Foreign Office says on its website. Berlin maintains a kind of embassy on the island called the German Institute Taipei.

Germany’s center-left government, which took over at the end of last year, lays out its position on Taiwan in its coalition agreement: “A change in the status quo in the Taiwan Strait may only take place peacefully and by mutual agreement. Within the framework of the EU’s One China policy, we support the relevant participation of democratic Taiwan in international organizations.”

For decades, German governments have refused to supply arms to Taiwan, but the two sides do brisk business regardless. Germany is Taiwan’s largest trading partner in Europe, to the tune of  €22 billion ($22 billion) worth of trade in 2021. However, trade volume with China dwarfs that relationship by a factor of 12. 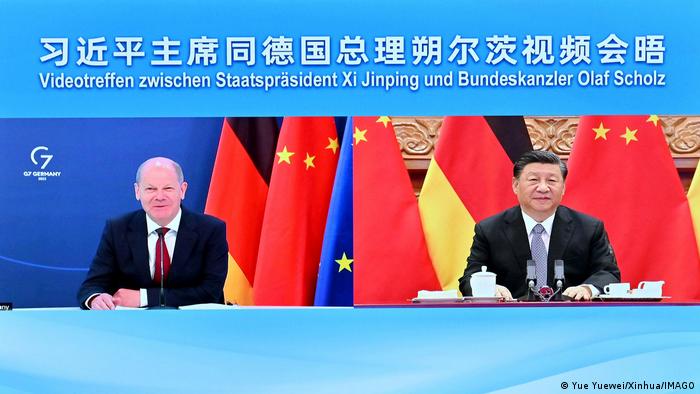 The great power rivalry between the US and China, however, is likely to impact Germany.

In 2019, the European Union stated in a strategy paper that China is simultaneously a partner, competitor and rival. In 2020, the previous German government under Chancellor Angela Merkel adopted new guidelines, which put an emphasis on security policy, strategic partnerships, and the “intensifying antagonism between China and the United States.”

Last year, the German navy sailed the frigate Bayern to the Indo-Pacific, as a signal to Beijing that Germany would stand up for “free sea routes and compliance with international law.”

The new government is working on a new national security strategy.

Since Donald Trump’s term in the White House, during which the US engaged in a trade war against China, European countries have been looking for ways to “decouple” from China. Many of those tariffs remain in place under President Joe Biden.

“Even if there is no military confrontation, the Europeans and especially we Germans will be the ones to suffer from the decoupling from the Chinese economy, which Washington is now pushing,” said Josef Braml, a political scientist.

Should Trump or a similar China hawk enter the White House in 2024, Braml thinks the EU will need greater strategic sovereignty. That would include a stronger political and military union, which would maintain close relations with the United States, “but as a partner and not a vassal,” he said.

“If we don’t succeed in this, we will become collateral damage in a major confrontation between the US and China,” Braml said.

With Group's Help, US Airline Passengers Deliver Aid to Ukraine