If you want to go out to eat in Germany these days, there may be a table free, but there may not be the kitchen or waitstaff to serve it.

It is just one sector of many in Germany lacking people. Trains and planes show up late or get canceled due to a shortage of workers at stations and airports. Around 56% of companies report being short-staffed, according to a survey from the Association of German Chambers of Commerce and Industry. Those polled said they considered the shortage one of the biggest risks they face.

Germany’s Federal Employment Agency has noted bottlenecks in 148 job areas, with another 122 at risk. It can take eight months for an elderly care home to fill a position. For construction companies, the wait is six months. Nationwide, there are more than 1.7 million open jobs. 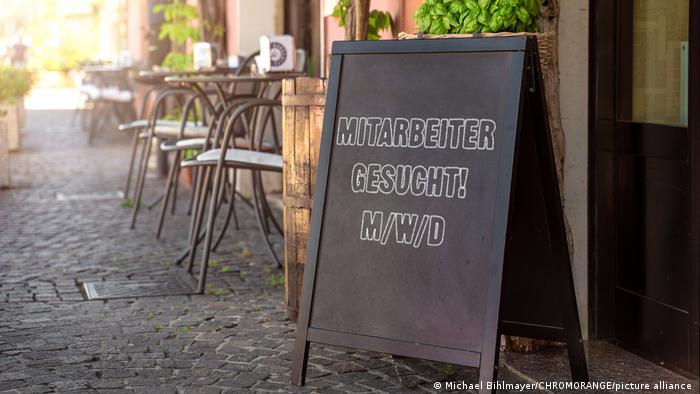 More than a lack of people

“Five-to-ten years ago, we ran ads to sell our services. Now we’re running ads across all media to attract employees,” said Markus Winter, the director of the temp agency, IDS, in the southern German state of Baden-Württemberg.

The company employs 750 people and is trying to fill roles in 20 jobs, including locksmiths, painters, and drivers of heavy machinery.

“This is no longer just a problem in specialist fields, but a general staffing problem,” Winter said. Unskilled labor also has openings, he added, “areas that are really essential for industry, which without them nothing happens.” 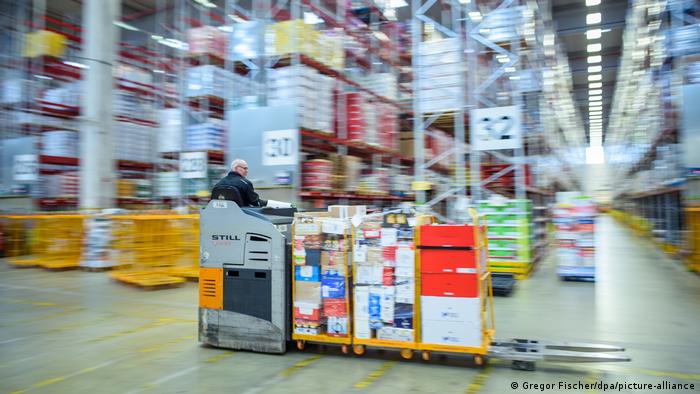 Logistics is an area with a particularly acute staff shortage

Despite some more recent factors, the general trend toward employment shortages was largely predictable.

“We find ourselves in a fairly dramatic situation that we saw coming a long time ago,” said Herbert Brücker, a professor at the Institute for Employment Research (IAB) in Nuremberg.

Germany loses around 350,000 working-age people every year as the Baby Boomer generation, those born in the years immediately following World War Two, retires, and not enough younger people are available to fill their positions. The labor market will have seven million fewer workers by 2035, according to labor experts.

Whereas Germany could once rely on workers from other countries in the European Union to compensate for domestic shortages, Brücker said that source is starting to dry up.

“Incomes in other EU countries are starting to pick up, and they are also seeing demographic changes,” he said. “Basically, the party is over.” 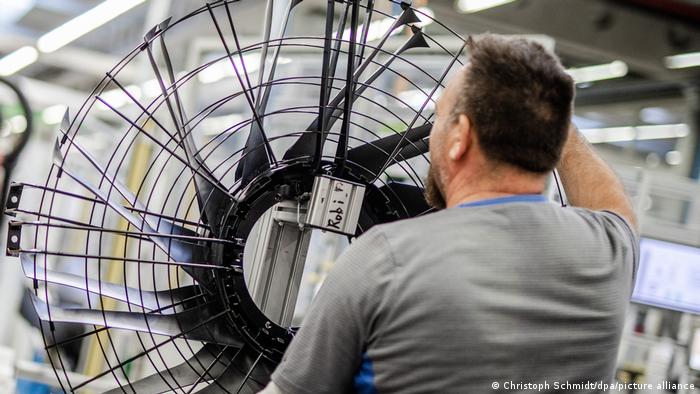 A law passed in 2020 was supposed to encourage the 400,000 foreign workers Germany needs every year to come and stay in Germany. In its first year, it only attracted 30,000, which Brücker called a “disappointment.”

The German government is looking to reform that law and lay out its key points in September. Proposed changes include opening the labor market to those with a contract, even if they lack a recognized certification for the job. Interior Minister Nancy Faeser and Labor Minister Hubertus Heil have said German employers could then help their workers obtain the necessary training.

“As it is now, the state decides who is suited for a company,” Winter, the IDS director, said. “It’s not a position to do that.”

Companies are already hiring untrained workers and then helping them learn on the job, he said. He puts that figure at about 20%.

“Nearly every other country in the world has a completely different training system than Germany,” the Chambers of Commerce said in a statement supporting a reform. “It starts with the visa process, which takes in documents from around the world that wind up at the feet of caseworkers who don’t always carry out complex regulations in a uniform and transparent way.”

Even with a contract in hand, getting the visa process started at a German embassy can be tricky, said Bettina Offer, a lawyer.

“I am constantly seeing authorities that maintain the general suspicion that my employers just want to smuggle in any old foreigner, rather than understanding that they are looking for workers,” she said, calling the attitude in Germany’s immigration offices “defensive.”

“I always have the problem that you have to fight a mindset that views a foreigner that stays out of the country as a good foreigner, and that just isn’t the case. We need a paradigm shift. Every worker that comes to us is a win for the country,” Offer said.

Employers like Winter are hoping for a reform of asylum rules, as well. He sees the labor bar for refugees as much too high, having employed around 300 of them since 2016.

“I can tell you from my own experience that it isn’t easy. Two-thirds of the people didn’t even make it through to us in their first try,” he said. “Here, too, something needs to change.”