The lumber mill quiets only once Christian Rösgen has turned off his phone. The owner of this mill in a small town close to Bonn in western Germany removes his headset and begins telling stories of Germans stockpiling wood out of fear of the energy crisis looming due to the war in Ukraine. One customer just swapped out his brand-new gas heater for a pellet stove in order to be self-sufficient; Rösgen’s supplier, the pellet plant, has run out of stock. The pellets of compressed sawdust are now pumped directly into delivery trucks while still hot. The plant can barely keep up with production. 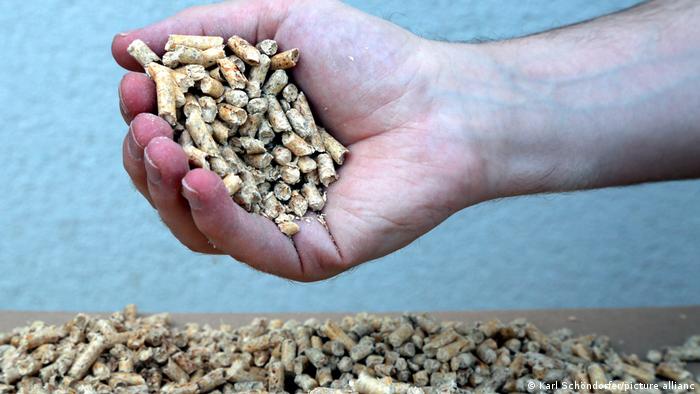 Rösgen told DW these stories just a day after the German Weather Service reported the country’s heat record for this year — 40 degrees Celsius. But even with those temperatures, Germans are gearing up for a cold winter.

Nearly half of all homes in Germany are heated with gas. Ever since Russia started waging war  in Ukraine, however, supplies of the fuel have become unreliable. The price has jumped and supply cuts through the strategically important Nord Stream 1 pipeline remain unsolved.

Only a fraction of German homes uses wood for heating

Customers are telling stove builder Günter Meurer that they don’t want to freeze in the winter. Demand for wood-burning stoves has doubled compared to last year and Meurer is struggling to keep up. New customers call and he has to put them off until after winter. The delivery times of some manufacturers already stretch into next summer.

Demand has increased by 30 to 40%, said Alexis Gula, head of Germany’s Association of Chimney Sweeps (ZIV). Customers of his business near Stuttgart tell him why they’re turning to wood for heating.

“A year or two ago, they wanted to be cozy and have some additional heat,” he told DW. “Today, it’s the securing energy supplies.”

Germans have a specific word to talk about supply security — Versorgungssicherheit  — which implies a fear of not having enough of something in stock. During the pandemic, German’s worried about their toilet paper supplies. Now, it’s wood.

The German Firewood Association estimates that about 80% of the wood burned in Germany is sourced domestically. Wood pellets for stoves are produced from waste in the still-booming construction industry.

The price of gas could triple by early 2023, Klaus Müller, president of the Federal Network Agency, told Germany’s RND news outlet last week. Against that backdrop, heating with wood is a lot cheaper. Still, the price per kilowatt hour of firewood has increased since last fall because demand has been on the rise for a while.

To mitigate the climate crisis, the German government is helping homeowner’s pay for renovations that make their houses more energy-efficient. The governing coalition of Social Democrats, Greens, and Liberals renewed a pledge to subsidize energy-efficient buildings in early 2021. Anyone who replaces an oil heating system with a heating system that uses biomass – including wooden pellets – can get up to 45% of the costs reimbursed from the government. Since the beginning of the year, nearly 60,000 new applications for biomass systems have been registered with the scheme.

In addition to public funding and the war in Ukraine, chimney sweep Gula cites another reason for the boom to build furnaces: from 2024 onwards, new rules for emissions apply and “many fireplaces still have to be replaced,” said Gula.

Because burning wood emits so much particulate matter, the Federal Environment Agency says biomass should no longer be used for heating at all. “Wood heaters emit about 1000 times more particulate matter than gas heaters,” explained Marcel Langner of the governmental agency.

Almost one fifth of the overall small-particle pollution in Germany is due to heating with wood in private homes. But fireplaces account for only a fraction of the heating systems in the country.

Since the particles are inhaled, they cause health problems such as respiratory illness, but also cardiovascular diseases, Langner told DW.

Once they’re emitted, the small particulates can evolve chemically and cause air pollution even far away from where they were created. But new technology could reduce fine pollution.

Especially if users ventilate or light fires in the wrong way, additional pollutants accrue. “I can eliminate human error with automatic controls. But there will still be emissions,” furnace builder Meurer said. To reduce it, customers could install a special filter.

Marcel Langner of the Federal Environment Agency recommends centralized solutions: District heating plants can convert energy more efficiently and filter out dust. In practice, however, such solutions are often lacking. 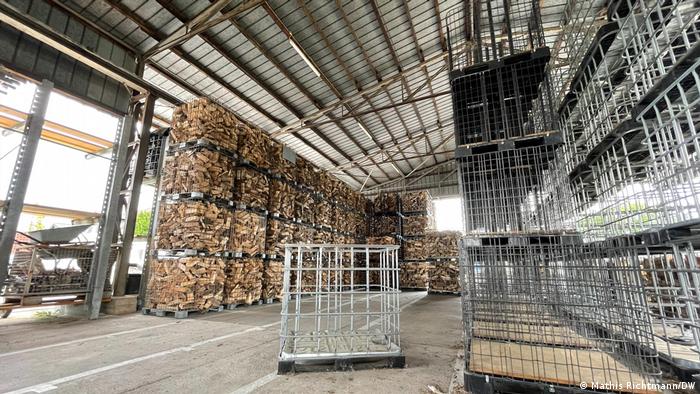 Back at the lumber mill, Christian Rösgen has stories to tell of poor planning. There is a new housing development that requires him to drive his truck to each and every house individually because nobody thought of a centralized solution. And sometimes the tube to pump pellets has to be funneled through very small windows, over delicate flooring and across bedrooms.

To counteract the panic-buying of wood, Rösgen recently began rationing sales. Now, customers can only order  three boxes of wood at a time.

This article was originally published in German.

Mobilization in the Russian Federation – conscripts were banned from leaving several regions — tsn.ua