Just how much money small investors around the globe have put into a shady offer involving cannabis plants is not yet known. But the damage is likely huge, with some estimates as high as several billion euros. The scam became apparent after investors were unable to access their accounts on a platform called Juicyfields.io.

Since 2020, the company Juicyfields offered a service called “e-growing” where investors could participate in the cultivation, harvest and sale of medicinal cannabis. The company promised returns of well over 100% a year.

“People are just not used to making good profits anymore,” Juicyfields’ then-corporate spokesman and Chief Business Development Officer Daniel Gauci said as recently as March when questioned by DW about the company’s business model. He declined to provide details about how the company could generate such high returns.

The company’s main tool was its online platform. There, users could buy and sell plants, manage them in virtual greenhouses and have their money paid out.

However, recent developments called into question whether the plants ever existed.

Since mid-July, users can no longer log in to the platform, and the company has removed all its content from social media platforms. Now, there are indications of what some industry experts have long suspected: that Juicyfields is a scam, and the investors’ money is gone.

The next big exit scam?

The company claimed its platform had 500,000 users, mostly from Europe, Latin America, Asia and also Africa. The minimum investment was €50 (about $50), the upper limit theoretically €180,000 per user. The money could be deposited and withdrawn via bank transfer or cryptocurrencies such as Bitcoin.

For a while, the payouts of the profits ran smoothly, as people who invested up to €80,000 in the platform repeatedly told DW. An early test by DW’s research team was also successful. 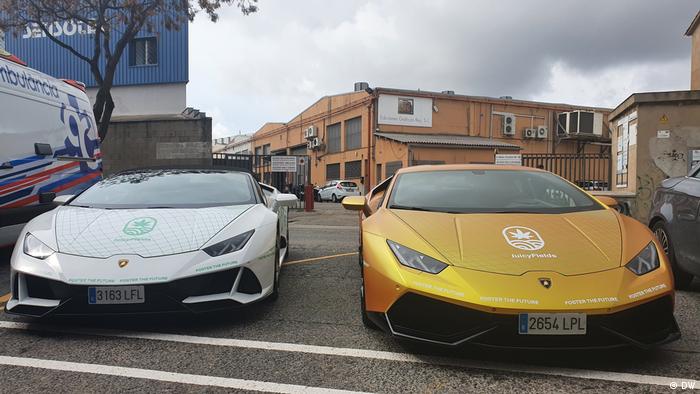 Many investors boasted about their returns and pumped yet more money into the company, some even taking out loans to do so.

Users in online forums speculate whether the Juicyfields case could become as big as the OneCoin cryptocurrency scam — initiated by Ruja Ignatova. The “crypto queen” was recently put on the list of most wanted persons by the US Federal Bureau of Investigation (FBI). The damage caused by OneCoin is said to amount to $4 billion.

The dimensions of the fraud at Juicyfields are as yet unclear. Estimates range from tens of millions to billions. According to media reports, a Spanish law firm representing small investors claims that more than €9 billion have flowed through the digital “wallets” — i.e. the crypto accounts of Juicyfields.

There are parallels to the OneCoin case. It’s becoming apparent that Juicyfields was, at least in part, a Ponzi scheme. Deposits from new customers seemed to have been used to pay out earlier investors.

Juicyfields relied on social marketing, hired influencers, was omnipresent at trade shows and put a lot of money into advertising. However, elements of multi-level marketing were also used. Investors received bonuses if they could convince others to buy Juicyfield’s virtual cannabis plants. 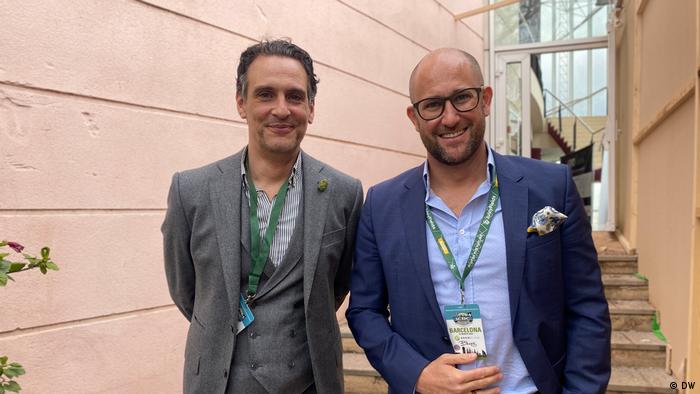 Cannabis is considered a growth industry since the herb was approved as a medical product in many countries. In Canada and some US states, the drug is even legal for recreational use. The German government is also planning to make cannabis completely legal.

In Europe, the Spanish financial regulator issued an early warning about Juicyfields. German regulator Bafin first pointed out inconsistencies in March of this year. In June, it banned Juicyfields from selling any more cannabis plants on its platform in Germany. The company has not complied, as a test purchase by DW’s research team after the ban showed.

People affiliated with Juicyfields told DW they feared retaliation by users who have already posted personal data such as addresses, phone numbers and passports scans online.

Several versions of what happened are circulating on the Internet: The most widespread is that a group of Russians with a background in cryptocurrencies have orchestrated the scam. Other versions have parts of the management team forge signatures to empty the coffers. None of Juicyfield’s former top-level executives have made a public appearance since the scandal broke.

A financial company based in Berlin with ties to an aristocratic family also seems to be playing a role. Juicyfields had presented this company as a partner and for a while shared the same office address. A Juicyfields financial director told DW in the spring he was collaborating with this company to set up a fund for institutional investors. Asked by DW, the company’s management denied any involvement and said it felt tricked by Juicyfields.

Juicyfields, which started in 2020 with an office in Berlin, changed its headquarters to the Netherlands and then Switzerland in the course of this year, in a possible attempt to escape police investigations and inquiries by financial regulators.

DW has been following this company since the beginning of 2022. In an investigative true crime podcast series, DW reporters describe the rise and fall of Juicyfields — the company that claimed to start a revolution but only left scorched earth behind.

“Cannabis Cowboys — a story about big dreams, juicy money, and a never-ending hype” is the title, and you can find the first episode from mid-August at dw.com or wherever you get your podcasts. 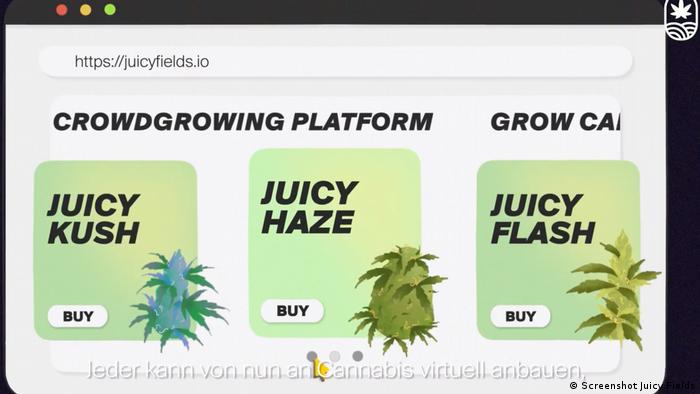 Cutsy looks and fat profits? The company promised annual returns of more than 100%

Future episodes will look at the gold rush that is the cannabis business, the eternal appeal of getting rich quick, the power of social media, dubious financial plans, money laundering, parties at luxury hotels and roaring Lamborghinis.

This article was first published on July 21, 2022 and will be continually updated.

"Boika Towers" have been burning for a month after the attack in the Black Sea (photo) — tsn.ua

The US general assessed the threat of a Russian nuclear attack on Ukraine — tsn.ua