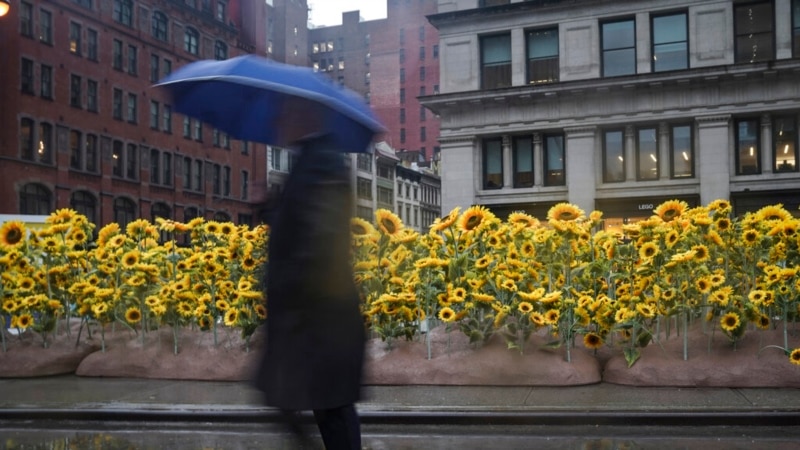 2:10 a.m.: The head of U.S. asset management firm BlackRock said Thursday that Western investors will be “flooding” Ukraine postwar and the country could become “a beacon to the rest of the world of the power of capitalism,” Agence France-Presse reported.

Larry Fink, one of the world’s most influential investors, told a Ukraine-themed event in Davos that he estimated the country would need $750 billion in reconstruction funds and aid “if the war stopped relatively soon.”

“I do believe, emotionally, those who truly believe in a capitalistic system will be flooding Ukraine with capital,” Fink added.

He said he had spoken to Ukrainian President Volodymyr Zelenskyy to express his firm’s interest in taking part in reconstruction efforts.

Ukraine’s reconstruction needs were estimated at $349 billion by the World Bank in September, but a bank official has said the figure will be revised up this year.

And four more transited through the maritime humanitarian corridor under the Black Sea Grain Initiative heading toward the Ukrainian ports of Yuzhny, Odesa, and Chornomorsk.

Currently, 38 vessels are waiting for inspection: 10 of them waiting to move into Ukrainian ports and 28 loaded with cargo waiting to sail to their global destinations.

The meeting at Ramstein Air Base in Germany is where future weapons supplies will be discussed, particularly of Germany’s Leopard 2 tanks used by armies across Europe.

Berlin has veto power over any decision to export the tanks, and Chancellor Olaf Scholz’s government has appeared reluctant so far to authorize that for fear of provoking Russia.

Some allies say Berlin’s concern is misplaced, with Russia fully committed to war, while Moscow has repeatedly said Western weapons transfers would prolong the conflict and increase suffering in Ukraine.

Ukraine and Russia have both relied primarily on Soviet-era T-72 tanks, which have been destroyed in their hundreds during the war that Russian President Vladimir Putin started last Feb. 24.

Some information in this report came from Reuters and Agence France-Presse.

As expected, Zur Rose will have less sales in 2022