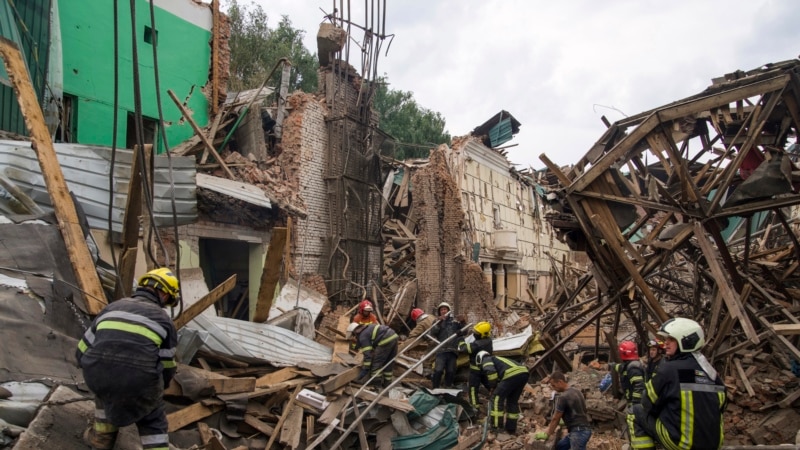 Griner is facing drug possession charges in connection to her February arrest at a Moscow airport. She acknowledged at an earlier trial session that she was carrying vape canisters with cannabis oil, but did not have criminal intent.

Griner’s lawyers provided documentation at the trial that a U.S. medical center had permitter her to use cannabis to treat chronic pain.

Russia’s foreign ministry rejected that line of defense, saying last week that U.S. laws do not apply in Russia, and that Russian laws must be respected.

Griner faces a sentence of up to 10 years if convicted.

3:30 a.m.: According to a report released on The Kyiv Independent’s Telegram account, Kharkiv Mayor Ihor Terekhov said a Russian strike hit a residential area of the city on July 26. There is no information about casualties.

2:30 a.m.: Russia said it will cut gas supplies to Europe from Wednesday in a blow to countries that have backed Ukraine, while missile attacks in Black Sea coastal regions raised doubts about whether Russia will stick to a deal to let Ukraine export grain, Reuters reported.

The first ships from Ukraine may set sail in days under a deal agreed on Friday, the United Nations said, despite a Russian missile attack on the Ukrainian port of Odesa over the weekend, and a spokesman for the military administration in the saying another missile had hit the Odesa region on Tuesday morning.

Soaring energy costs and the threat of hunger faced by millions in low- and middle-income countries show how the biggest conflict in Europe since World War II, now in its sixth month, is having an impact far beyond Ukraine.

European Union countries are set to approve on Tuesday a weakened emergency proposal to curb their gas demand as they try to wean themselves off Russian energy and prepare for a possible total cut-off.

2 a.m.: Britain said on Tuesday there was “no indication” that a Ukrainian warship and a stock of anti-ship missiles were at the dock-side in Odesa port on Sunday, after Russia earlier said it had destroyed those targets with high-precision missiles.

“Russia will continue to prioritize efforts to degrade and destroy Ukraine’s anti-ship capability. However, Russia’s targeting processes are highly likely routinely undermined by dated intelligence, poor planning, and a top-down approach to operations,” the British Ministry of Defense said in a regular intelligence update.

Ukrainian military has said two Kalibr missiles fired from Russian warships hit the area of a pumping station at the Odesa port and two others were shot down by air defense forces.

“A massive missile strike was launched on the south of Ukraine from the direction of the Black Sea, and with the use of aviation,” he told Ukrainian state television, providing no details on the aftermath of the strike.

The grain deal aims to allow safe passage for grain shipments in and out of Ukrainian ports, blockaded by Russia since its February 24 invasion. Russia has blamed Ukraine for stalling shipments by mining the port waters.

Some information in this report came from The Associated Press and Reuters.

in the ZSU subtly hinted at good news from the south with a watermelon — tsn.ua

Your most important dates: Today with: Fed decision eagerly awaited