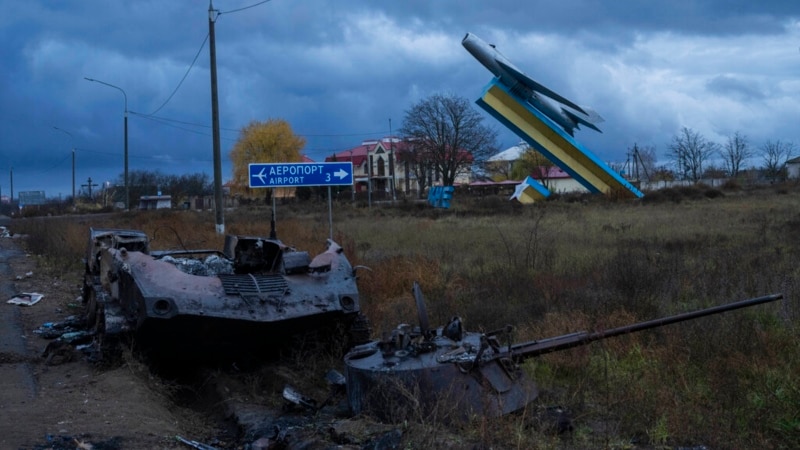 The latest developments in Russia’s war on Ukraine. All times EDT.

2:10 a.m.: The latest intelligence update from the U.K. defense ministry said Ukraine is seeing “a significant decrease” in power from its national grid — which is bad news for civilian access to communications, heating and water supplies.

1:06 a.m.: U.S. think tank the Institute for the Study of War says that Ukrainian children are being forcibly adopted by Russian families. It cites a documentary series that alleges that Russian officials have evacuated more than 150,000 children, a figure Ukraine had previously estimated to be 6,000-8,000.

“Forced adoption programs and the deportation of children under the guise of vacation and rehabilitation schemes likely form the backbone of a massive Russian depopulation campaign that may amount to a violation of the Convention on the Prevention and Punishment of the Crime of Genocide and constitute a wider ethnic cleansing effort,” the Institute reported.

12:02 a.m.: Russia’s economy has entered a recession as gross domestic output fell by 4% in the third quarter, according to first estimates published Wednesday by the national statistics agency, Rosstat, Agence France-Presse reported.

The drop in GDP follows a similar 4% contraction in the second quarter, as Western sanctions pummel Russia’s economy following Moscow’s offensive in Ukraine.

Some information in this report came from Agence France-Presse.