McDonald’s To Reopen Some Ukraine Restaurants 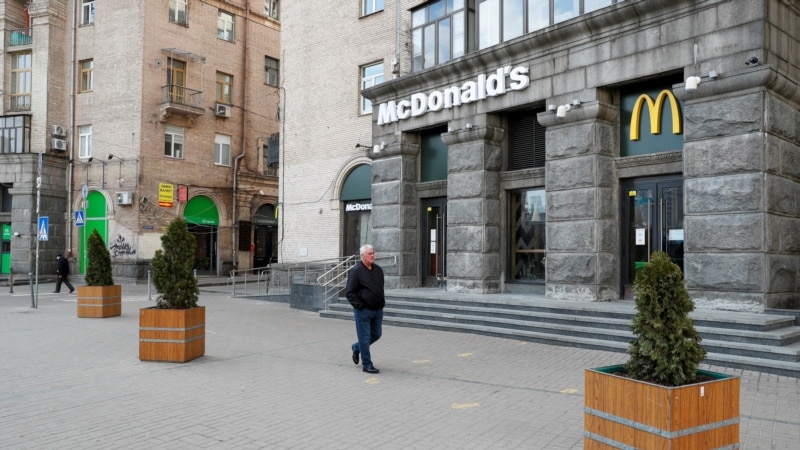 The McDonald’s corporation announced Thursday it plans to begin reopening some of its restaurants in Ukraine, after closing them due to Russia’s invasion of that country in February.

In a statement to the company’s employees, the senior vice president of international operated markets, Paul Pomroy, said the decision was made “after extensive consultation and discussion with Ukrainian officials, suppliers, and security specialists.”

He said McDonald’s also considered the “strong desire” to return to work expressed by the company’s more than 10,000 employees in Ukraine.

The statement said McDonald’s will, over the next few months, institute a phased plan to “reopen some restaurants in Kyiv and western Ukraine, where other businesses have safely reopened.”

The statement noted that McDonald’s has continued to pay the salaries of its Ukrainian employees and established an employee assistance fund to support them and help aid the relief efforts.

The Associated Press reports other multinational companies have resumed operating in Ukraine in areas away from fighting. Western businesses like Nike, KFC and Spanish clothing retailer Mango are open in Kyiv.

AP also reports Ukraine’s economy has been severely damaged by the war and restarting businesses like McDonald’s restaurants, even in a limited capacity, would help. The International Monetary Fund expects Ukraine’s economy to shrink 35 percent this year.

ROUNDUP 2: Lemke wants to restore the Oder – Poland is sticking to expansion