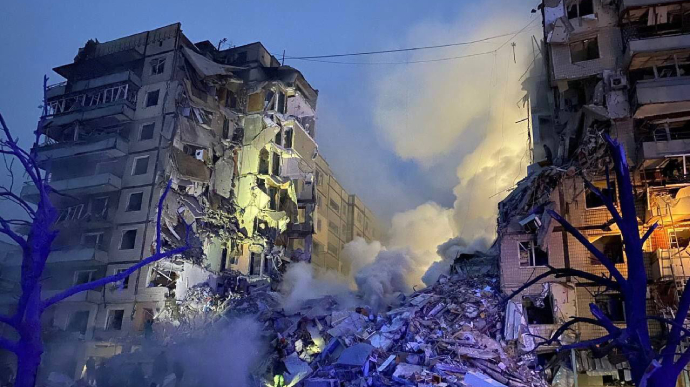 The authorities reported that 20 people had been killed in a Russian attack on the city of Dnipro.

Details: The rescue workers continue to clear the rubble at the site.

The fate of dozens more people is unknown.

A girl from Dnipro spoke about the Russian missile attack — tsn.ua

Republicans won the majority in the US House of Representatives