A gunman opened fire at a university campus in the Philippine capital region ahead of a graduation ceremony on Sunday, killing three people including a former mayor in what police suggested was a deliberate assassination.

The assailant targeted the graduation ceremony of law students at the Ateneo de Manila University in suburban Quezon City. The daughter of Rose Furigay, a former mayor in the restive southern province of Basilan, was among those graduating.

Furigay and her executive assistant were killed in the attack, alongside a university guard. Her daughter was injured, but police said her condition was stable.

The alleged attacker was later arrested. Police pointed at a long-standing legal feud between him and Furigay as the motive behind the incident.

The graduation ceremony was canceled after the university was put under lockdown. Newly appointed President Ferdinand Marcos Jr. promised a swift investigation into the attack.

What do we know about the attack?

The alleged attacker was detained after attempting to flee the scene of the shooting. He was in possession of two handguns and a silencer, which he allegedly used during the attack. 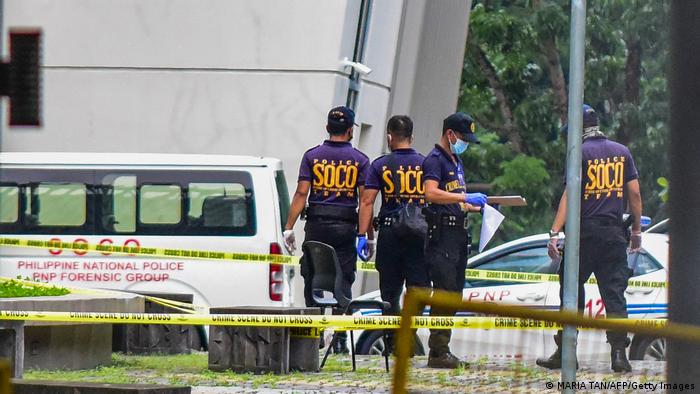 Police identified him as Chao Tiao Yumul, adding that he was embroiled in a string of legal disputes with Furigay and her family, whom he accused of drug dealing and ordering three attacks against him.

Yumul hails from Lamitan City, where Furigay’s family dominates politics. Furigay herself served as mayor for three terms and only gave up the position to her husband last May, as the constitution prevented her from seeking a fourth term.

“This looks to be a determined assassin,” said Police Brigadier General Remus Medina while addressing reporters.

He described the incident, which targeted one of the country’s most prestigious universities, as “isolated.”

Gun ownership is rife in the Philippines. However, school and university shootings are no common occurrence, unlike targeted killings of politicians, which are widespread especially during elections.

A World Ever More Dystopian. Klaus Schwab’s – WEF – Full Speech at G20 / B20 in Bali, Indonesia