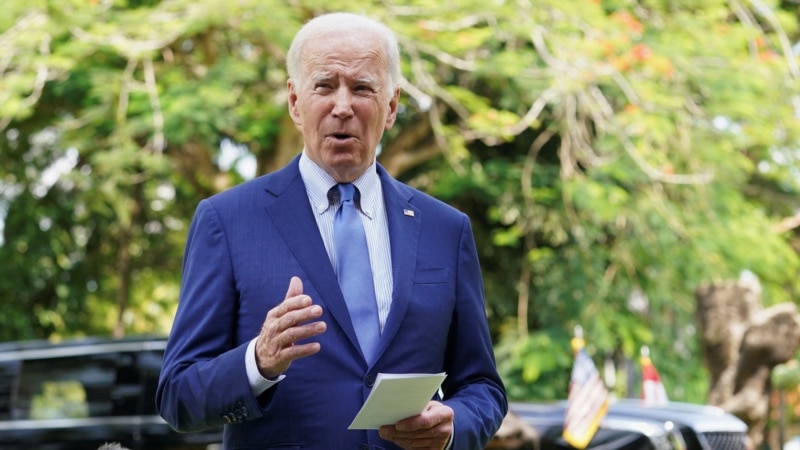 Leaders of the Group of Seven met for an emergency meeting Wednesday morning local time on the sidelines of the Group of 20 summit in Bali to discuss the explosion in eastern Poland that Warsaw has attributed to a Russian-made missile, potentially marking a significant escalation in Russia’s war on Ukraine.

“We agreed to support Poland’s investigation into the explosion in rural Poland near the Ukrainian border,” U.S. President Joe Biden told reporters after the meeting. “And I’m going make sure we figure out exactly what happened.”

Biden said at this point it was unlikely that the missile was fired from Russia.

“There’s preliminary information that contest that. I don’t want to say that until we completely investigate,” he added.

“And the moment when the world had come together at the G-20 to urge de-escalation, Russia continues to — has chosen to escalate in Ukraine. While we’re meeting,” Biden said.

The U.S. president was awakened overnight by staff with news of the missile explosion, reportedly due to a stray Russian missile. He spoke over the phone with Polish President Andrzej Duda and with NATO chief Jens Stoltenberg prior to convening the G-7 meeting, a meeting made up of representatives of the major industrial nations.

Biden promised Duda “full U.S. support for and assistance with Poland’s investigation” and “reaffirmed the United States’ ironclad commitment to NATO.” He expressed condolences for the loss of life. Poland said the blast killed two people.

The explosion marked the first time since the invasion of Ukraine that Russian weapons came down on a NATO country. Warsaw has requested a NATO meeting on the basis of Article 4 of the alliance’s founding treaty, two European diplomats told Reuters.

According to Article 4, members can raise any issue of concern, especially related to the security of a member country.

Ukrainian President Volodymyr Zelenskyy decried the strike as “a very significant escalation” of the war.

The emergency meeting was hastily arranged at the Bali hotel where Biden was staying, and was attended by leaders of Canada, France, Germany, Italy, Japan, the United Kingdom and the European Union, along with the president of the European Council and the prime ministers of NATO allies, Spain and the Netherlands.

Meanwhile just as Biden was making his statement on Russian aggression, former President Donald Trump reiterated his claim that “Ukraine would have never happened if I were your president.”

Speaking from his Mar-a-Lago club and home in Palm Beach, Florida, Trump, who refused to accept the results of the 2020 presidential election and inspired a deadly riot at the Capitol, was announcing he would seek the presidency again in 2024.

News of the explosion derailed events of the G-20 summit in Bali hosted by President Joko Widodo. G-7 leaders arrived over an hour late to the mangrove planting event designed to highlight the group’s climate agenda.

“The G-20 is an economic forum, a financial forum, and diplomat forum, not a political forum. So here we talk about the economy,” Widodo told a reporter at the event’s site as he was waiting for the G-7 leaders’ arrival.

The Indonesian leader filled the delay time by giving reporters a tour of the mangroves.

The head of the Russian delegation, Foreign Minister Sergey Lavrov, was not at the event held at Bali’s mangrove forest park. Russian state media reported that he had left the island.

China seals off Beijing University because of a Corona case

Lebanese youth learn to stand up to hate speech |

The Russians shelled Slovyansk, one person was wounded