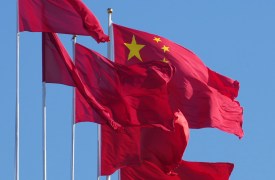 Over the 40 years since the country opened to the world, China has undergone significant economic, political, and social changes that have led to unprecedented growth. China has become increasingly powerful both domestically and internationally, challenging long-held assumptions about free markets and democratic institutions. Recent geopolitical, ideological, and economic clashes between the U.S. and China have fomented speculation that the world has entered a new Cold War.

On Wednesday, February 8, the John L. Thornton China Center at Brookings will host a panel discussion featuring distinguished authors of new books focusing on the historical, political, and economic elements that are shaping the current state of the U.S.-China relationship. They will discuss the factors that have led to China’s drastic transformation and new domestic and external challenges and how they will affect the future of U.S.-China relations and of the world.

Viewers can submit questions by emailing events@brookings.edu or via Twitter by using #RethinkingChina.

Scholz is a wartime chancellor, whether he likes it or not