Russian Embassy in Sweden recognises Crimea as part of Ukraine

On Tuesday, the official Twitter page of the Russian Embassy in Sweden published a map on which Crimea is marked as the territory of Ukraine.

On the map, which compares average fuel prices in Europe (without indicating the source of the data), Ukraine is depicted in internationally recognised borders, including Crimea. 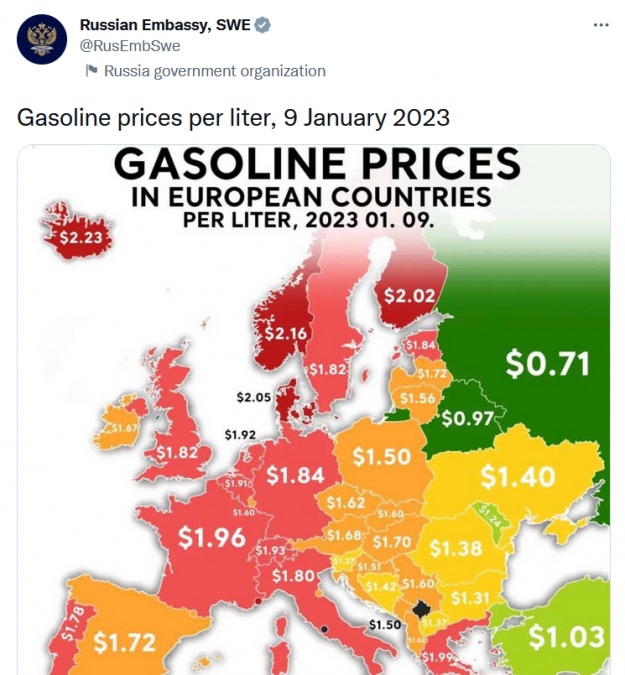 This was immediately noticed by users in the comments, who advised Russia to withdraw troops from Crimea.

Beautiful. Thank you for admitting that – 💕 pic.twitter.com/vT4NMNcgun

The map also does not show Russia’s annexation of four Ukrainian regions in September 2022, after the start of a full-scale war.

In the past, there have been cases in the Western media when the annexed Crimea was mistakenly depicted as the alleged territory of Russia.

If Ukraine had not fought, Russian troops would have already been in Chisinau — Sandu