On Sunday, Russians launched 44 strikes on the border area of Sumy Oblast, damaging a school and a kindergarten.

Quote from Zhyvytskyy: “Russians launched 44 strikes on the border area of Sumy Oblast during the day. Bilopillia, Khotin, Seredyna-Buda and Krasnopillia hromadas [a hromada is an administrative unit designating a town, village or several villages and their adjacent territories – ed.] came under fire.”

They also dropped two explosives from a UAV.

The Russians opened mortar fire on Bilopillia hromada, 15 strikes. A school and a garage in the village of Pavlivka were damaged. 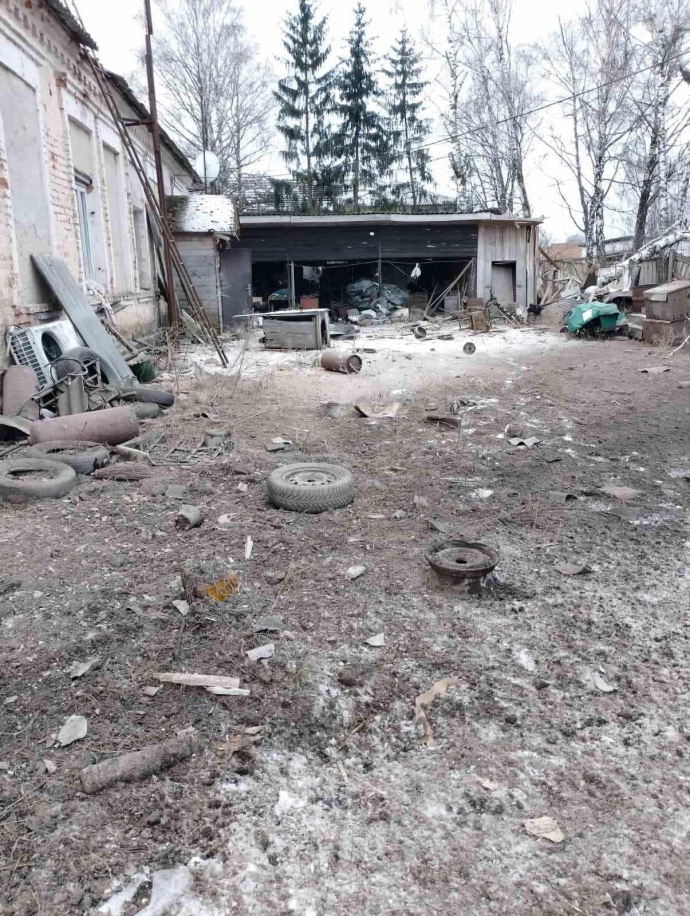 Aftermath of the shelling of the Bilopillia hromada in Sumy Oblast on 15 January. Photo: Zhyvytskyy’s Facebook

In Seredyna-Buda hromada, there was a mortar attack from Russia, three strikes.

In Khotin hromada, Russians fired with mortars, 14 strikes. As a result of the shelling, a kindergarten and a school stadium in the village of Kindrativka were damaged.

In all cases, there were no casualties.