Russians hit residential building in city of Dnipro: 12 killed, including a minor, 73 wounded 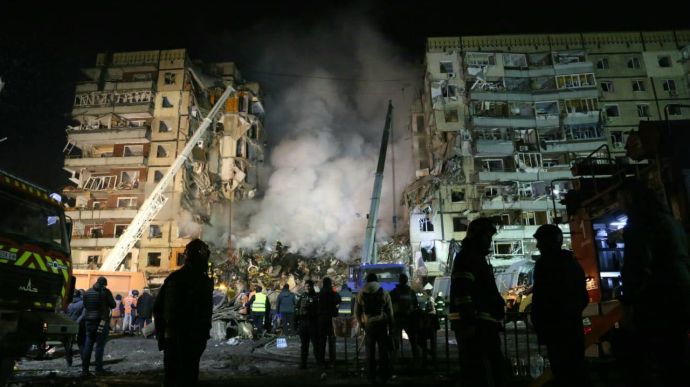 Twelve people, including a 15-year-old girl, were killed and 73 injured in a missile attack on a multi-storey residential building in Dnipro on Saturday, 14 January.

Quote from Tymoshenko: “Savages, at least one building section was destroyed, people who stayed at home for the holiday are trapped under the rubble.”

Details: Later, Reznichenko reported that the youngest of the wounded is three years old. A nine-year-old girl is in critical condition.

Rescue and search operations are ongoing.

In turn, Dnipro Mayor Borys Filatov said that an entire district of the city and its utility services have been cut off the grid because of the strike.

President Volodymyr Zelenskyy reacted to the attack on the Dnipro by saying that all those involved in this terror will bear the maximum responsibility.

A World Ever More Dystopian. Klaus Schwab’s – WEF – Full Speech at G20 / B20 in Bali, Indonesia