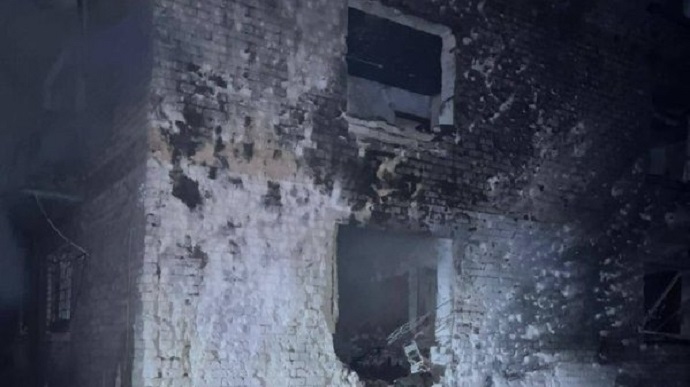 The Russians launched a rocket attack on the city of Zaporizhzhia and its suburbs on the night of 15-16 January, leaving five people, including two children, injured.

Source: Oleksandr Starukh, Head of Zaporizhzhia Oblast Military Administration, on Telegram; Kyrylo Tymoshenko, Deputy Head of the Office of the President, on Telegram

Quote: “The enemy launched a rocket attack on the city of Zaporizhzhia and its suburbs.”

Details: Starukh has reported that the strike damaged civilian and industrial infrastructure targets as well as residential buildings.

On the morning of 16 January, Tymoshenko clarified that a rocket struck close to a five-storey building in Zaporizhzhia, leaving five people, including two children (9 and 15 years old), injured by glass fragments.

The children have been taken to a hospital.

The windows in the apartment block were broken, but, according to Tymoshenko, the supporting structures were not damaged.

Another rocket hit the grounds of a business in Zaporizhzhia district, causing a fire.

Information on casualties is not yet available.

A blogger from Dnipro called to “overthrow the government” due to a blackout, because the “genocide” is ongoing