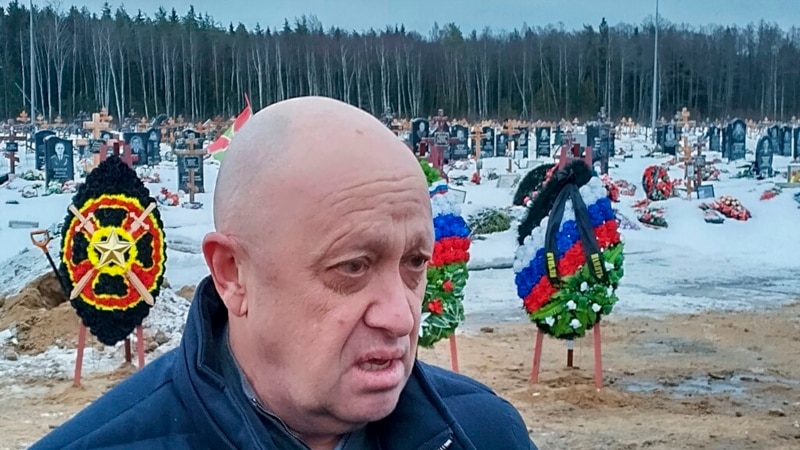 Yevgeny Prigozhin, founder of Russia’s Wagner mercenary group, boasted of his forces’ prowess on Saturday amid a simmering rivalry with the defense ministry over who should get credit for leading Russia’s assault on the Ukrainian town of Soledar.

After months of tension between Prigozhin and the military establishment, the split was laid bare on Friday when the defense ministry claimed the capture of Soledar — which Ukraine disputed — and initially made no mention of Wagner’s role in months of brutal fighting for the salt-mining town in Ukraine’s east.

In a video message, Prigozhin described Wagner as a fully independent force with its own aircraft, tanks, rockets and artillery.

“They are probably the most experienced army that exists in the world today,” he said.

The short video contained no overt new criticism of the regular army, whose failings Prigozhin has lambasted in the past. But it did nothing to dispel the sense of resentment he has previously expressed that the private military group has not been properly recognized for its role in the Ukraine war.

Prigozhin appeared in camouflage fatigues alongside a man he identified as the commander of the capture of Soledar, during what he said was a trip to award medals to his fighters.

Prigozhin’s criticism of the military has been fueled by a long list of Russian failures in Ukraine, including major retreats in the northeast last September and the abandonment of the southern city of Kherson in November.

In recent months he has stepped up the role of Wagner, the private group he founded in 2014, and added to its ranks by recruiting thousands of convicts from Russian prisons.

But its growing profile has led to friction with the regular army and outright competition this week over who should get credit for capturing Soledar — a victory which, if confirmed, would be the first that Russia has achieved since last summer.

Ukraine said on Saturday its forces were fighting to hold onto control of Soledar, contradicting Russian claims to have captured the town.

“Soledar remains under control of our military,” Donetsk regional governor Pavlo Kyrylenko said in a video posted on Telegram app, adding that there was street fighting and fighting outside the city and Russian forces were incurring huge losses.

Reuters could not verify the battlefield accounts.

Prigozhin complained on Friday about what he called constant attempts to “steal victory” from Wagner and belittle its achievements.

After omitting any reference to Wagner in its first statement on the capture of the town, the defense ministry issued an unusual follow-up on Friday in which it cited the “courageous and selfless actions” of Wagner assault squads.

The wrangling was a hot topic among Russia’s influential war bloggers, with one of them, Alexander Kots, describing it as ugly and regrettable.

Nearly 11 months into the war, President Vladimir Putin finds himself having to balance the influence of Prigozhin and the defense establishment while seeking to boost his depleted forces and wrest back the initiative from Ukraine.

The conflict has exposed poor Russian tactics and confusion in the chain of command, an impression confirmed this week by another shake-up that saw Chief of Staff Valery Gerasimov take command of the war, replacing a general appointed only three months earlier.

In the light of that, Prigozhin’s boasts about Wagner had a pointed feel to them.

“The commanders consult with the fighters, and the management consults with the commanders,” he said. “It is the strictest discipline that gives us these possibilities. Therefore Wagner has moved forward and will continue to move forward.”