summary of the General Staff of the Armed Forces of Ukraine for November 15 — tsn.ua 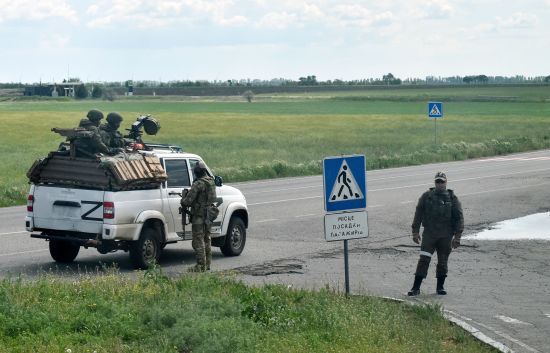 The Russians continue to terrorize Ukrainians in the occupied territories. Meanwhile, the Armed Forces of Ukraine repulse the invaders and force them to flee from their positions.

The Russian occupiers are trying to keep the temporarily captured territories and continue to equip defensive lines on the left bank of the Dnieper. At the same time, the Russians continue to try to advance in the Bakhmut, Avdiiv, and Novopavliv directions.

This is stated in reports of the General Staff of the Armed Forces for the day of November 15.

During this day, the Russians launched a massive missile attack on the military and civilian infrastructure of Ukraine. The results of air defense equipment and the consequences of enemy strikes on critical infrastructure facilities are currently being clarified. Meanwhile, the occupiers do not stop shelling the positions of our troops and settlements near the contact line.

On Volyn and Poliske directions situation without significant changes. Belarus continues to support Russia in its armed aggression against Ukraine, providing the occupiers with infrastructure, territory and airspace. There is a threat of missile and air strikes from the territory of the republic.

In other directions, the enemy carried out shelling:

In turn, the Armed Forces hit the occupiers near the settlement of Kreminna, Luhansk region. As a result, the invaders lost control of individual units. The personnel of these units are going to escape from their borders and retreat to the city.

The Armed Forces targeted the occupiers in the Zaporizhia region as well. Thus, in the area of ​​the settlement of Blagovishchenka, the occupiers lost up to 10 people dead. Also, 5 units of military equipment, a warehouse of ammunition were destroyed, and 35 invaders were wounded. In Melitopol, the enemy lost more than 50 people wounded.

During the current day, units of missile forces and artillery of the Defense Forces hit 4 areas of concentration of enemy manpower, weapons and military equipment, 2 ammunition warehouses and one important military object of the Russian occupiers.

In the city of Kadiivka in the Luhansk region, the occupiers go from house to house and carry out forced mobilization of the local population. In some areas of the temporarily occupied territory of the Luhansk region, there are cases when the Russians demand ransom money from the “mobilization”. In particular, in the Starobil district, representatives of local so-called “force structures” want as much as 15 thousand dollars for this.

At the same time, in the Skadovsky and Genichesky districts, separate occupation units are leaving the settlements and fleeing in the direction of the temporarily captured Crimea.

It will be recalled that the Air Defense Forces shot down 70 out of 90 Russian missiles launched over Ukraine on November 15.

Minister of Energy of Ukraine Herman Galushchenko said that it was the most massive shelling of the energy system since the beginning of the war. There may be consequences even for neighboring states.

Both Russia and Ukraine Abusing POWs