Terrorist attack in Olenivka: lists of the dead are partially confirmed 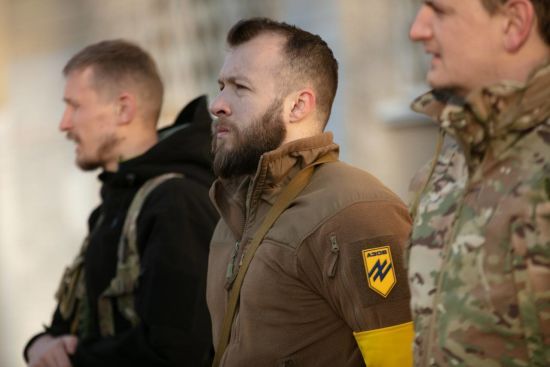 According to him, Russia does not provide any official lists.

The identity of some of the Ukrainian prisoners of war killed during the terrorist attack in the occupied Olenivka colony was established.

This was stated by the former commander of the “Azov” regiment Maksym Zhorin, informs “Public”.

“There are partial lists that (the occupiers. – Ed.) made public, at the moment, they are partially confirmed. But we can also say with confidence that they are not complete,” Zhorin said.

According to him, there are currently no complete confirmed lists of the dead.

“It is extremely difficult for relatives and friends who are waiting to return home. They are just now in such a state of limbo. But Russia does not provide any official lists,” the ex-commander of “Azov” noted.

Zhorin also received testimony about the transfer of part of the military to another building, where an explosion later occurred. In his opinion, this is confirmation that the explosion was a planned murder.

“We know for sure from the evidence from Olenivka itself that everyone who was in this room was transferred there the day before, that is, specifically for this. Most likely, this room was blown up by means prepared in advance. It was not an “arrival” “exactly. Now, even on aerial photographs, it is very clear that there are no traces of “arrivals” or artillery work on the territory. From the appearance of the destruction of the building, it was clear that it was blown up from the inside,” says the military officer.

“Azovets” reminded that the UN and the International Committee of the Red Cross were the guarantors of the health and lives of the soldiers who left “Azovstal”.

“But during all this time, the Red Cross was on the territory of Olenivka only once, on the first day when we left Azovstal. We, as a country, have to force the international organizations whose duties it is – the UN and the Red Cross to sort it out with this situation, to seek and demand from Russia to get to the scene of the crime. And it is very important not only to get to the scene of the crime, but also to get the opportunity to talk to the witnesses who were in this room and who survived,” he added.

Earlier, the intelligence agency stated that there is no reason to trust the lists of the dead and wounded in Olenivka published by the Russians.

We will remind you that on the night of July 29 on the territory of the former correctional colony in the village of Olenivka in the temporarily occupied territory of the Donetsk region an explosion rang out. There, the invaders held captive the Ukrainian military, including the defenders of Mariupol and civilians.

As a result of the explosion about 40 people died, another 130 were injured. Russia tried to shift all the blame to the Armed Forces. However, the conclusions of international experts indicate that the reason for this murder or the method of this murder was thermobaric weaponwhich was applied by the Russian Federation.

In the “Azov” regiment, a Russian attack on Olenivka considered “as an act of public execution”. But they assured that the names of the perpetrators and organizers of the shooting of the colony, where the Ukrainian military, mostly “Azovians” were, were being found out.

Zelenskyy: We will believe that the war will end in the next few months