The price of the question is hunger: due to the attack on the Odesa port, an additional plan for the export of grain is being considered — tsn.ua 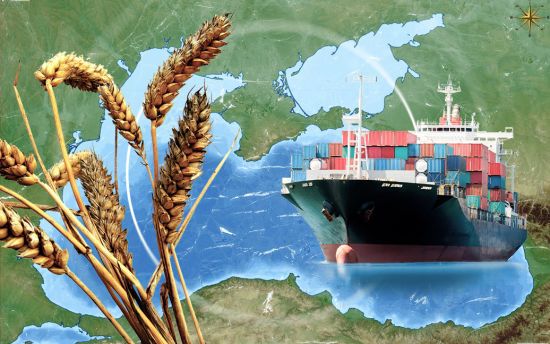 Despite the Russian strikes on the Odesa port, all parties confirmed their readiness to fulfill the agreement signed in Istanbul.

The export of grain by sea remains the most convenient, and therefore will be a priority. However, if Russia again fails to fulfill its obligations, other ways are being considered – by land, says TSN.

There is a harvest and Ukraine is ready to export it. The ships can leave the ports at the end of this week, said the Minister of Infrastructure Oleksandr Kubrakov. Rescuers engaged in demining will go through the first special corridors, followed by ships with grain.

“We have done everything, prepared. There is a corridor on our side. Ukraine controls everything in our waters. Inspections in our waters will be carried out only by Ukraine… And then there is the question of the United Nations and Turkey, how much they can control the Russian Federation, which has shown that it can fire missiles even after agreements have been reached,” said President of Ukraine Volodymyr Zelenskyi

A coordination center was created in Istanbul, where the agreements on the export of Ukrainian grain were signed last week. It includes representatives of Turkey, Ukraine, the UN and Russia. The latter has already violated its obligations by shelling Odesa port with missiles. The aggressor country first denied the strikes, then admitted them, but Minister Lavrov cynically noted that, in their understanding, the signed agreement does not prohibit them from conducting a so-called special operation. The leaders of Turkey and the UN, whose signatures are under the agreements with the aggressor country, are publicly showing restraint. Hits are condemned, but harsh statements are avoided.

“After Saturday’s attacks on Odesa port, we see how fragile the process is. Unfortunately, we didn’t want it to happen, but it happened,” said Turkish President Recep Tayyip Erdogan.

“All parties on the world stage have made clear commitments regarding the safe movement of Ukrainian grain and related goods to world markets. Their full implementation by the Russian Federation, Ukraine and Turkey is mandatory,” UN spokesman Farhan Gak said.

In the United States, which has repeatedly stated that Russia does not show readiness to fulfill what it signs, they say: the agreement should be tried to be fulfilled. State Department spokesman Ned Price says the sea route remains a priority because it allows for the export of large volumes. But land routes are also being developed in parallel. The US will facilitate the implementation of the agreement, because the price is a matter of world hunger.

“We have no illusions, but at the same time we continue to expect that the Black Sea Agreement will be fulfilled. We know the world will be watching. We will work with our partners around the world to ensure that Moscow is held accountable for the agreement reached,” State Department spokesman Ned Price said.

Ukrainian farmers are also directly interested in the export of harvested grain – they need to earn in order to prepare for the next sowing. And the state – the opening of ports – is about a billion in foreign exchange revenue every month, the government calculated.

Odeschyna was shelled with the use of strategic aircraft: a missile attack took place

Night shelling of Kharkiv: flew to one of the parts of the city closer to the center

Powerful explosions are heard in Mykolaiv: stay in shelters