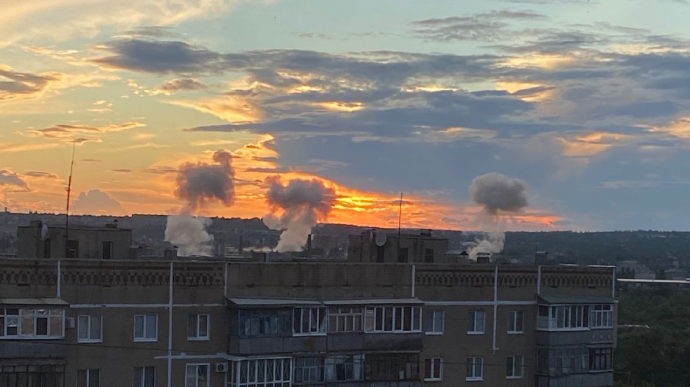 Pavlo Kyrylenko, the head of Donetsk Oblast Military Administration, reported that Slovyansk is again under attack from the Russian occupiers. Three Ukrainians were injured.

Quote from Kyrylenko: “The Russians have once again shelled residential quarters of the city. Currently, three people are known to have been injured and six five-storey buildings and several private houses were damaged.

According to preliminary information, the occupiers shelled the city with cluster munitions.”

The US allocated a $270 million aid package, which includes four more HIMARS systems

Propagandist of the Russian Federation Pegov was wounded near occupied Donetsk — tsn.ua