Ukraine: When war goes viral | Europe | News and current affairs from around the continent | DW

Just before her daughter Liza was killed on July 14, Iryna Dmytrieva posted a video of the 4-year-old on Instagram.

The clip showed the girl, who had down syndrome, gleefully pushing her own stroller through the streets of Vinnytsia in southwestern Ukraine.

Shortly after, a Russian missile struck the city, hitting a hospital, stores, and residential buildings — and killing Liza and at least 23 others while wounding over 200, including her mother. 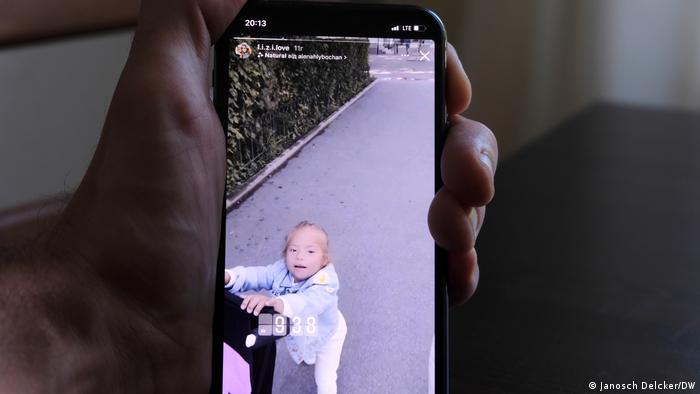 Shortly before her daughter Liza was killed, Iryna Dmytrieva posted a video of the four-year-old

In the days that followed, as Dmytrieva’s critical injuries were treated in a hospital, the video of Liza went viral. Often, it was combined with media footage of the girl’s empty stroller, lying on its side amid the debris.

At some point, international media picked up on the story. When Liza was buried, publications like the New York Times and Australian broadcaster ABC reported on her funeral.

“Liza’s story is heartbreaking,” says Yuliya Tychkivska, the executive director of think tank Aspen Institute Kyiv, “it shows the brutal reality of the Russian invasion. But without social media, it would have never made it out to the world.”

The death of the 4-year-old and how the news of it spread around the globe illustrates the role social media plays in the war in Ukraine — a conflict that has been described as the “most viral war” in history.

Since social media platforms first emerged in the mid-2000s, they have had an impact on wars from Syria to Ethiopia. But advances in technology now effectively allow everyone with a smartphone to be a war reporter. And the high number of social media users makes the situation in Ukraine unique.

Over 76% of all Ukrainians use social media to stay on top of the course of the war, according to a May 2022 survey conducted by the Ukrainian NGO Opora. This makes online platforms — particularly Telegram, YouTube, and Facebook — the most popular sources of news in the country.

Ukrainians use them as a source of information and to document the human toll of the war. Social media has also become a key instrument for Ukrainians to organize resistance and collect donations for those who had been affected by the attacks. And it is used to rally international support for their cause. 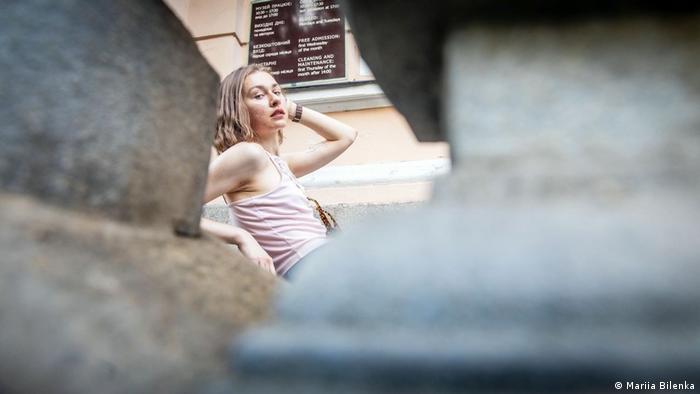 Mariia Bilenka, known online as mariia_white, has over 62,000 followers on TikTok

The story of Mariia Bilenka is a case in point.

The 25-year-old social media marketing specialist had built up a large following on TikTok by publishing videos about skin positivity.

When Russia invaded Ukraine on February 24, she fled westwards and ended up in Germany.

Then she noticed a trend on TikTok: Ukrainians posting clips showing a peaceful Ukraine before the war, arranged to music by singer-songwriter Tom Odell.

So she went through her own videos on her phone. She found footage of Ukraine’s largest river, a sunset over the rooftops of Kyiv, and a breakdancer performing in the streets of the capital and turned them into a 15-second video clip, which she uploaded to her account. It was watched four million times.

“I figured, if I already have this platform, why not use it to spread awareness of what life was like in Ukraine before the invasion,” Bilenka tells DW on the phone from Hamburg, where she now lives. 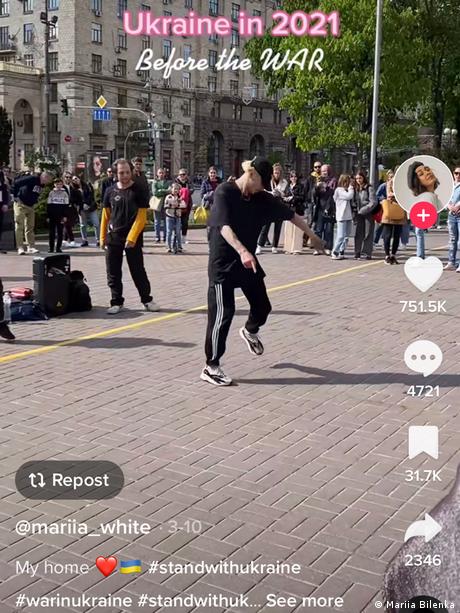 Over four months later, Bilenka has raised money and posted information on Ukrainian NGOs which take donations. This is her way of reminding the world that the war in Ukraine is far from over. “I don’t want people to forget that every day, people are fighting and being killed,” she says.

Every time one of her over 62,000 followers — many of whom are based in the US, France, or the UK — sees one of those clips, this might help, she hopes.

“Personal stories play an incredibly important role,” says researcher Tychkivska. Content like that has been crucial for both raising and maintaining international attention, particularly among non-political audiences.

Ukrainian officials are also well-aware of the power of social media and have been using it to spread their messages of resilience. Most prominently, President Volodymyr Zelenskyy, a former actor, regularly publishes video messages of defiance on Instagram, where he has almost 17 million followers, and other platforms. 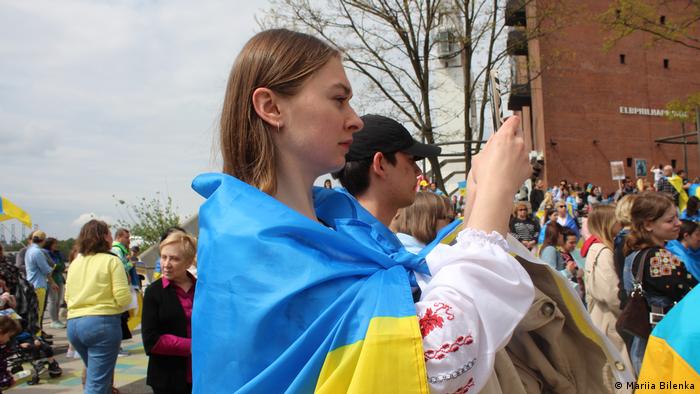 A wildfire of disinformation

But social media is a double-edged sword.

It is also used on both sides of the conflict to obscure facts and spread disinformation to manipulate public opinion with the intention of ultimately changing the course of the war.

“Social media can be used for good and bad,” says Yevhen Fedchenko, the director of the Mohyla school of journalism in Kyiv and co-founder of StopFake, a nonprofit watchdog monitoring Russian online propaganda and fake news. “And, like everything, you can weaponize it.”

On the other side of the battle lines, Russia has set off a large-scale social media campaign to justify the invasion. This includes false narratives about a need to protect ethnic Russians from genocide, the need to “de-nazify” Ukraine, and claims of waning international support for Ukraine.

Often, those narratives are designed to reach a specific audience — such as Russia’s large diaspora, or an audience in Africa or Asia, where Moscow is eager to strengthen its influence.

But this is not new, according to StopFake co-founder Fedchenko: Particularly since Russia annexed the Crimean peninsula in 2014, a wildfire of disinformation about the war has been raging online, he stresses.

That is why over the past several years, Ukraine invested heavily in expanding high-speed internet connections across the country, as well as teaching media literacy: School students and teachers receive training that helps them recognize false information that is meant to deceive them.

This gives Ukraine an edge in the ongoing online information war, Fedchenko believes. He is convinced that since Russian bombs began falling on the country five months ago, the benefits of social media have outweighed the risks for Ukraine.

“If we did not have social media, the international coverage of this war would be very different,” he says.

Why Is Chinese Investment Drying Up In Russia and Pakistan?