Juan Guaido may have moved one step closer to exerting control over Venezuela’s almost $2 billion (€1.96 billion) worth of gold reserves, but the government in Caracas is in no mood to relinquish the treasure stashed away in the vaults of the Bank of England without a judicial fight.

After a London High Court judge on Friday last week decided not to recognize a claim on the gold by Venezuela’s central bank, Banco Central de Venezuela (BCV), the country’s vice president and finance minister, Delcy Rodriguez, said BCV would undertake all necessary actions to safeguard the nation’s interests.

“Venezuela flatly rejects the ruling of the British court related to the gold illegally confiscated by the Bank of England,” she told state television VTV, asking the British authorities not to continue with “the merry mockery” that former lawmaker Juan Guaido is president of a country.

“He is not the president nor will he ever be. The Venezuelan people know very well who this criminal is,” Rodriguez stressed.

The current BCV board, which is backed by Venezuela’s leftist president, Nicolas Maduro, said in a statement that the central bank rejected the British court’s ruling and would reserve “all legal action at its disposal to appeal this unusual and disastrous” decision.

Juan Guaido has called the ruling an important victory. “This decision represents another step in the process of protecting Venezuela’s international gold reserves and preserving them for the Venezuelan people,” he said in a statement, adding: “This type of honest and transparent judicial process does not exist in Venezuela.” 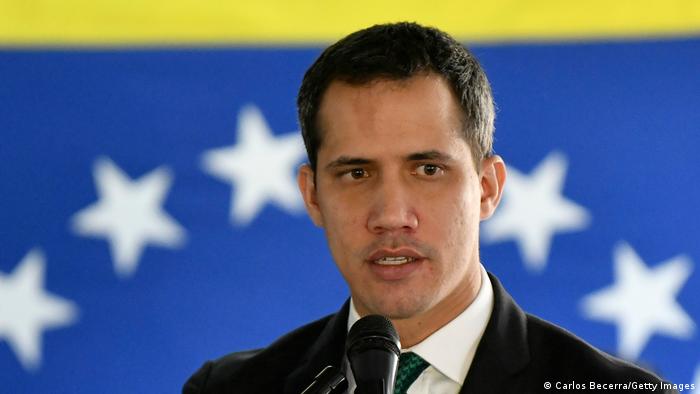 A game of two boards

According to the sentence handed down by High Court Justice Sara Cockerill, Britain recognizes Juan Guaido as the legitimate president of Venezuela, saying he alone has the authority to act as head of state and to decide how to use the country’s gold held in England.

The British government in early 2019, joined more than 50 nations in backing Guaido after he declared himself interim president and denounced Maduro for rigging the 2018 elections. The opposition leader argues that under provisions of the Venezuelan constitution, he, as head of the legislature, should be the country’s interim president until free elections can be held.

Since then, Maduro and Guaido have each appointed a different board to Venezuela’s central bank and the two have issued conflicting instructions concerning the gold reserves. Guaido asked the Bank of England to prevent Maduro’s government from accessing the gold, while the Maduro-backed Venezuelan Supreme Court ruled in 2019 that Guaido had no say over the gold in London.

“I conclude that there is no basis for the recognition of the judgments upon which the Maduro board relies,” Justice Cockerill said in her judgment Friday. “The Guaido board therefore succeeds.”

Cockerill also noted that judicial efforts in Venezuela to nullify government appointments by Guaido do not stand in the UK. “The backdrop to this issue is the ‘one voice’ doctrine,” Cockerill wrote. That doctrine states that in Britain “the executive and the judiciary must speak with one voice on issues relating to the recognition of foreign states, governments and heads of state.” 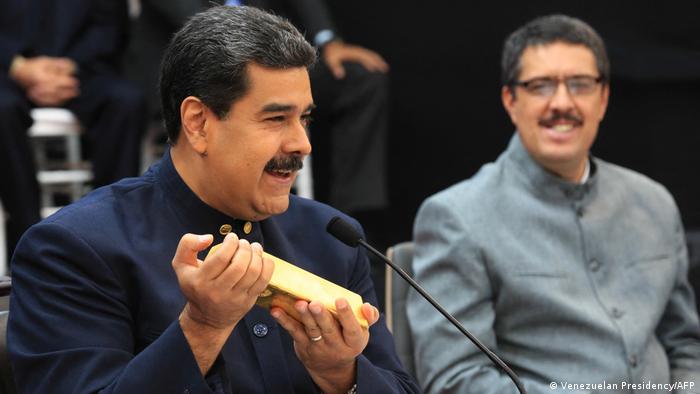 Maduro’s legal team has said the current government would like to sell some of the 31 tons of gold to finance Venezuela’s response to the COVID-19 pandemic and bolster a health system gutted by years of economic crisis.

Guaido’s opposition has alleged that Maduro’s cash-strapped administration wants to use the money to pay off his foreign allies.

Legal experts have said the latest case has been unprecedented as it has seen one of a country’s highest courts interpreting the constitution of another.

“This is an unfortunate ruling,” lawyer Sarosh Zaiwalla, who represents the Maduro board, said, adding his law firm Zaiwalla & Co would continue to pursue the case.

“The BCV remains concerned that the cumulative effect of the judgments of the English Court appears to accord a simple statement by the UK government recognizing as a head of state a person with no effective control or power over any part of that state,” Zaiwalla noted.

Venezuela’s central bank itself later issued a statement rejecting the “astonishing dictum” by the High Court, complaining that the court had subordinated itself to British foreign policy and had violated international law.

The Bank of England has delayed releasing Venezuela’s gold to the Maduro government since 2018. In January 2019, then UK foreign office minister Alan Duncan said that while the disposition of the gold was a Bank of England decision, “they will take into account there are now a large number of countries across the world questioning the legitimacy of Nicolas Maduro and recognizing that of Juan Guaido.”

On May 14, 2020, Venezuela’s central bank filed legal action against the Bank of England to force Britain to release the gold. In July 2020, the High Court in London ruled that Guaido was interim president.

However, in October 2020, a British Court of Appeal returned the case to the High Court, saying the foreign secretary’s statement on recognition was ambiguous, and urging the High Court to clarify the legal importance of the distinction between “de jure president” and “de facto president.”

The most recent legal argument from the BCV centered on the sovereignty of the country’s highest judicial institution, the Supreme Tribunal of Justice. Though Justice Cockerill refused to uphold the illegality of the Guaido-named board, she claimed that the opposition’s attack on the Venezuelan Supreme Court’s alleged lack of impartiality failed to meet “the hurdle of cogent evidence.”

So, last week’s judgment did not grant Venezuela’s opposition control over the bullion reserves, and judicial proceedings are due to resume in October in the UK’s Commercial Court. Any final ruling could have an impact on another pending court case, where German lender Deutsche Bank is trying to establish if the Maduro administration owns $123 million in profits from a gold-swap deal terminated in 2020.

Since 24 February, more than 150 civilians died in Kyiv, including four children