Wagner Group’s Use of Convicts in Ukraine Echoes Stalinist Tactics 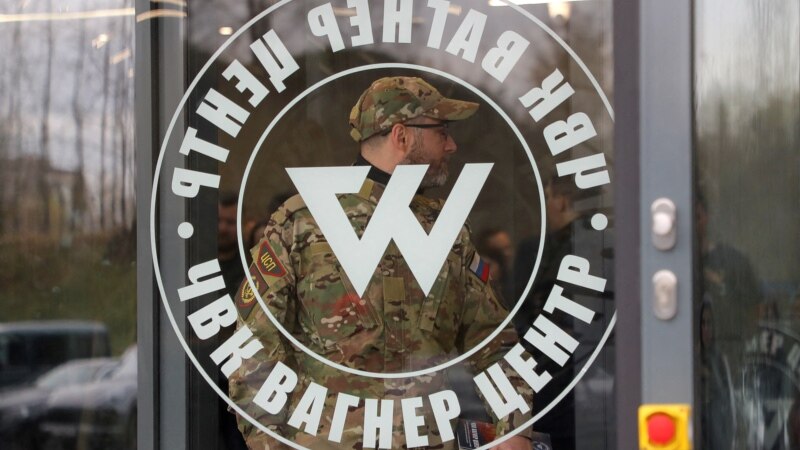 The White House has confirmed to VOA what experts have been saying for a while —that the Russian mercenary Wagner Group mistreats convicts on the front lines in Ukraine and the losses among them are staggering.

“The casualty rates for the convicts are extraordinarily high,” U.S. National Security Council spokesman John Kirby said in an interview Friday with VOA. “As a matter of fact, what we think is that 90% of their casualties are convicts.”

As Russia has struggled to hold territory in Ukraine, U.S. officials believe the Kremlin is increasingly relying on the Wagner Group to recruit thousands of prisoners for the war’s front lines.

According to the estimates by U.S. intelligence, the Russian private military company run by Yevgeny Prigozhin, an oligarch and confidant of President Vladimir Putin, currently has 50,000 troops in Ukraine, 40,000 of whom are Russian convicts.

In mid-summer, Prigozhin traveled to several jails across Russia to recruit prisoners for the war effort.

His efforts were largely successful, and tens of thousands of prisoners agreed to join the Wagner Group’s ranks.

Olga Romanova, executive director of the civil rights group Russia Behind Bars, told VOA that prisoners who agree to sign six-month contracts with the group are paid about $3,000 a month. But it’s not the money that motivates them.

“Their main motive is, of course, to become free,” Romanova said. Convicts who join the Wagner Group are promised a full pardon and release at the end of their contract.

But the reality of life along the front lines — especially abuse by Wagner commanders — was so shocking the convicts’ desire to serve diminished significantly by year’s end.

“Their inflow has really weakened,” Romanova said. “First of all, because of extrajudicial executions, unfulfilled promises and, of course, high — very high — casualties.”

Mykhailo Podolyak, a political adviser to Ukrainian President Volodymyr Zelenskyy, wrote on Twitter last week that “some 77% of the 38,244 Russian prisoners brought to fight in Ukraine have been killed, wounded or captured or have gone missing.”

Moscow disputes foreign and independent tallies of war dead, insisting its war performance is going according to plan and its troops are consolidating gains.

But those statements stand in stark contrast to reality on the ground: Russian troops’ retreat in the south and northeast of Ukraine; the use of thousands of convicts to hold the front line in Donbas; and the announced mobilization of 300,000 civilians by Vladimir Putin in September.

“Initially, Wagner Group was not expected to participate in the war in Ukraine as far as I know,” said Denis Korotkov, investigator at the London-based Dossier Center, in an interview with VOA.

“But after the regular regiments of the Russian army were largely destroyed and lost their might in March-April of 2022, Wagner Group all of a sudden appeared in Ukraine and turned out to be one of the most professional military units of Russia,” he said.

Since its inception in 2014, the Wagner Group has maintained relatively robust staff selection protocols with physical exams and background checks, Korotkov said.

“But in the spring of 2022, everything changed. If you had arms, legs and preferably a head, you were in,” Korotkov said.

Heavy personnel losses in Ukraine eventually forced Wagner to start recruiting prisoners, whose use on the Ukrainian battlefields has been decried by lawyers and human rights activists.

Ukrainian war correspondent Yuri Butusov interviewed several former Wagner convicts after they had surrendered or been captured. He told VOA that in over the past month’s battle for Soledar, Russians were losing several hundred soldiers a day, almost all of them convicts.

“They are calling these prisoners ‘refillers,’” he said. “In order to attack the Ukrainian firing points, the enemy is using penal battalions. It’s not a new invention. In Soviet times, Stalin also had them.”

Those World War II battalions consisted of Soviet Gulag prisoners and were tasked with the most difficult assignments, such as breaking through intense fire without the support of any heavy equipment.

In some cases, Butusov said, Russia’s ill-equipped prisoners are used for similar missions, such as drawing Ukrainian artillery fire.

“When they are fired upon, the Russian commanders detect the artillery positions of the enemy,” Butusov said.

Observers say the disenfranchised convicts have no choice but to tolerate the abuse. Any mutiny or serious confrontation with Wagner commanders often leads to execution. Just a few convicts are known to have completed their contracts and won freedom.

Out of tens of thousands of prisoners recruited by Prigozhin, only 106 so far have been freed and allowed to go home, Romanova said. “But it looks like all of them already have new contracts signed.”

Romanova said the decreasing popularity of the Wagner Group among prisoners is unlikely to disrupt the Kremlin’s plans to use them for its geopolitical objectives.

“Prigozhin will squeeze out 20 to 30,000 people more out of jails, and then the authorities will start formal mobilization,” Romanova said.

In November, Putin signed into law a bill allowing the mobilization of individuals with outstanding or unexpunged convictions for crimes, creating an even greater pool of potential war recruits.

RFE/RL President Calls For Investigation Into Threats Against Kyrgyz Journalists