Zelenskyi Reported the Most Recent News from Dnipro (Photo) — tsn.ua 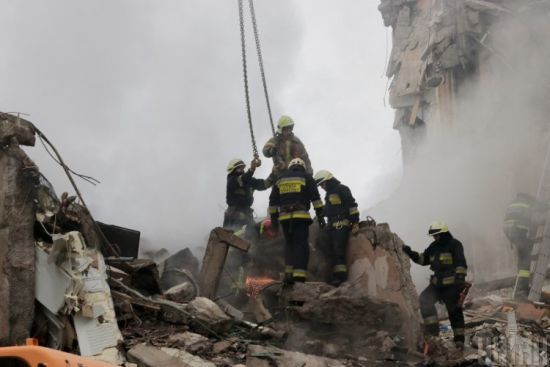 According to the latest data, the death toll in Dnipro as a result of the Russian missile strike has increased to 25 civilians.

According to the President, as of now, 39 people have been rescued, including 6 children. At least 25 people died, including 1 child. Over 73 people were injured, including 13 children, while the rescuers are still searching for 43 more victims.

“My condolences to all the families and friends of the victims. Search and rescue operations and dismantling of dangerous structural elements continue 24/7. We are fighting for every life,” Zelenskyi posted. The President added that based on preliminary information, the Russian missile destroyed 72 apartments and damaged more than 230 houses in the building. In addition, four State Emergency Service tents and two tents of local volunteers were installed at the bombing scene. Psychologists are working at the site to provide help to the victims.